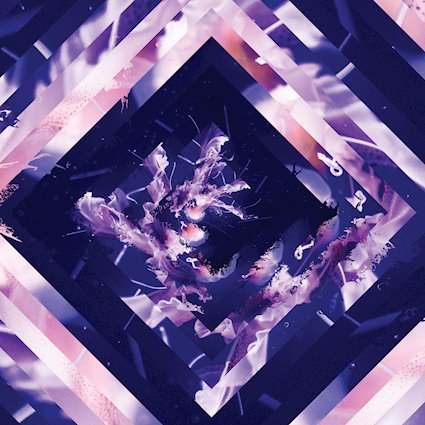 Album: A Beautiful Place To Drown

2. Burn It Down (feat Caleb Shomo)

12. Take What You Give (feat Pierre Bouvier)

Canadian post-hardcore outfit Silverstein wowed audiences earlier this year at UNFD The Gathering and now they return with their latest album – A Beautiful Place To Drown. Upon the first listen of the album one word springs to mind – infectious.

Yes what Silverstein have created here is one of the most damn catchy albums you are likely to hear this year. Foot tapping and singing along are almost guaranteed with this album.  Opening track ‘Bad Habits’ reveals all the catchiness in one foul swoop while it also showcases some amazing vocals from Shane Told.

From then on you really do just sit back and enjoy the ride. ‘Where Are You’ gets stuck in your brain straight away while ‘Burn It Down’ shows that while Silverstein plan on making this a catchy album it doesn’t mean that the tracks haven’t been written from a personal place.

‘Infinite’ is one of the best tracks on the album and sees a great piece of work by Shane Told teaming up with Underoath’s Aaron Gillespie. It is a brilliant track and one of those songs that you just want to keep listening to over and over.

The album slows down for the first time for the opening of ‘Shape Shift’ while ‘All On Me’ shows the more experimental side of Silverstein. It is slowed right down, is very electronic and even contains saxophone at one part of the song.

That experimental side continues with the very busy sounding ‘Madness’ while ‘Stop’ sees the brutal side of Silverstein raise its head. For the most part though is purely an enjoyable catchy album. Again ‘Say Yes’ and ‘September 14th’ will have you singing along while the strong melodies of ‘Coming Down’ and ‘Take What You Give’ make them standout tracks.

There is little doubt that A Beautiful Place To Drown is going to become a crowd favourite amongst Silverstein’s fans. Catchy tracks like the ones found here are exactly the kind of songs that go down a treat live. The key to this album is to just sing-a-long and enjoy yourself.