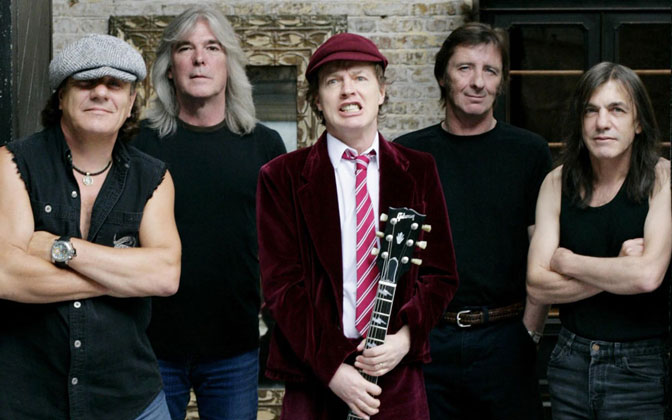 “Hello, is that AC/DC? Its Gill here!” That is the way a phone conversation needs to begin that should be made by AFL Chief Commissioner Gillon McLachlan this week. Perhaps an arrow hasn’t really been fired in anger yet when it comes to the 2020 AFL Season but people have already started to ask the question – who would be perfect to play at the Grand Final this year?

Blame America’s NFL for the question being asked. Those damn Yankees once again did things perfectly at this year’s Superbowl when they asked the queens of Latin music Shakira and Jennifer Lopez to perform at the game that was played in the very Latin inspired Miami. Given that the NFL seem to get the Superbowl half time musical extravaganza right every year just makes us ask the question ‘why do the AFL always seem to get it so, so wrong?’

Don’t get me wrong our Grand Final entertainment is normally pretty memorable. Who will ever forget Angry Anderson belting out ‘Bound For Glory’ while riding around on one of the lamest Batmobiles you will ever likely to see at the 1991 Grand Final? Likewise the memory of Meatloaf delivering what is possibly one of the worst live performances of all time at the 2011 Grand Final is forever etched into our brains.

Yes, as you can see the musical performances at the AFL Grand Final are always remembered for all the wrong reasons or not even remembered at all – can anyone tell me who the special popstars were that performed at last year’s game without turning to the almighty Google to find the answer? In fact looking back over a century of Grand Finals the only decent memory you are likely to find would be Richmond forward Jack Riewoldt joining The Killers on stage to sing ‘Mr. Brightside.’ Even that moment though is mostly remembered because of the pure elation that was on the newly crowned premiership player’s face than it was for the actual musical performance.

Now for the hard rock and metal fans out there you are dreaming an impossible dream if you ever think there will be a day when Behemoth are performing at the Grand Final, but given that last year’s no names were selected because the AFL believe that the Grand Final entertainment should be artists that people recognise the songs of then AC/DC are the best damn choice that even blind Freddy could see.

I know there have been arguments for Metallica in the past but realistically outside of true fans who in the general public is going to recognise any more than perhaps three of their songs? No, the obvious choice would be a band like AC/DC or Guns ‘N’ Roses. A band that have a bit of oomph, can put on a good live show but also have enough of what the young people of today call ‘bangers’ to have the audience singing along to. The fact that both bands are also universally recognisable is a big plus considering the rising popularity of AFL in the United States. I’m pretty sure most Americans sit there when the great Paul Kelly takes the stage every second year and think – ‘who is that?’

Even with Gunners and AC/DC in mind I believe the perfect choice for the 2020 Grand Final would be AC/DC. They tick off all the boxes – are recognisable worldwide, have tracks that people can sing along to and there is a unique Melbourne vibe to AC/DC given that their iconic video clip for ‘It’s A Long Way To The Top’ video was filmed in Melbourne’s very own Bourke Street. Given that their new album is set to be released this year it is also perfect timing for the band to be seen out there and doing their stuff on one of the biggest television audiences Australian will see all year.

The fact that the AFL Grand Final is played during daylight hours does provide some problems for a band like AC/DC performing, but even that is something that is pretty easy to overcome. Get them to come out at half-time and perform tracks like ‘Thunderstruck’ and ‘TNT’ etc that everybody can sing along to and then make them the focal point of a night-time victory party at the MCG after the game. Team them up with a pop-star that has rock cred like Pink and suddenly you’ve got an after-party show that would match anything that the Superbowl has ever served up in the past.

As music loving footy fans we don’t ask for much, Mr McLaughlin, but this year we really ask that you make our Grand Final entertainment something to remember and something that our great game truly deserves. Please make the AC/DC this week, Mr McLaughlin… we beg you.