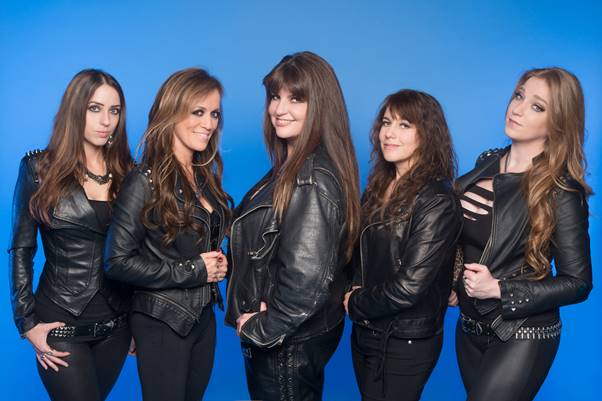 Covid-19 might have forced The Iron Maidens to postpone their tour until September but this talented outfit are still promising to bring the party to Australia, and after the reception that they received last time they were here simply can’t wait to bring their show back here. I recently had the opportunity to chat to guitarist Courtney ‘Adriana Smith’ Cox about the tour and it was impossible for her to contain her excitement about getting another chance to come to Australia.

“We are so, so excited,” she says with the excitement very clear in her voice. “We had such a fun time when we there which sounds weird because normally tours just all blend together for me. But we had a great time so when our booking agent rang and said ‘hey they want you back’ we were just like ‘yeah let’s do it.’ So yeah we will definitely be there.”

As we talk more about their last tour to Australia Cox says, “It was the first time that any of us had ever been there. It is always great to be able to go somewhere new. We love touring the world and getting to meet new people and experience different cultures and we had a bit of culture shock when we came to Australia. We were running around saying ‘oh my god it is a Hungry Jacks but they don’t call it Burger King.’ We were seriously like little kids running around. But the people were great and we loved hanging out. We did have to take a flight everyday but it was so worth it and now I am so excited about being able to head back.”

When the discussion turns to the band itself I point out to Cox that she has now been in The Iron Maidens for a decade and she laughs. “Wow, ten years that is scary… thank you so much for reminding me that I am getting old,” she says still laughing. “I’m from Philadelphia originally and when I was there in my teenage age years the music scene was really lacking. My friends and I started a King Diamond tribute band just for fun but I was just about over it when i was nineteen so I gave my mother a week’s notice and then I grabbed my backpack and my guitar and I moved to California.”

“Obviously being foreign to California I had no family or friends,” she says continuing. “I literally started to think about how I was going to survive and then  I caught wind that this band that I’d heard of when I first started to play guitar, The Iron Maidens, a band that I had thought ‘oh wow it would be so cool to do that one day’, were looking for a guitar player so I went along and auditioned and from there it was history. But I was so lucky to find them at that time.”

While everything turned out for the best Cox admits the initially move from Philadelphia to California was a scary experience. “It was so young, just out of High School,” she explains. “I was terrified and I kept thinking ‘how am I going to survive because I don’t know anyone.’ But I got out there and I couch-surfed and I just had to put my life together. If I hadn’t done that I don’t where I would be, I probably wouldn’t be a musician, you know. Sometimes you just have to take that risk, and yeah you might fall but you just have to get back up again and luckily I got back onto the right foot.”

As we talk about her early love for music and the fact she was once in a King Diamond cover band I ask where her love for Iron Maiden came from. “My older brother was a huge metal fan,” she says. “I used to steal his records whenever he was at work, and I used to get in a lot of trouble for it. But metal was always in my household so it was just second nature to fall in love with it. Back then I was into Maiden, Pantera and Metallica… I mean Metallica was the reason that I started playing. But with Maiden I just loved the harmonies and the twelve minute tracks and watching Adrian changed the way I approached the instrument.”

That love for Iron Maidens music has made The Iron Maidens what they are today so make sure you don’t miss them when they hit Australia in September. 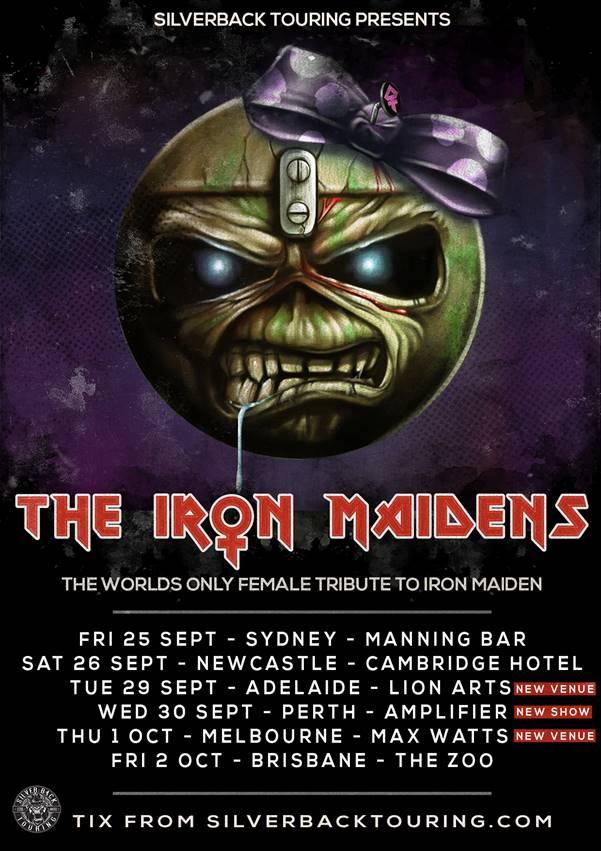