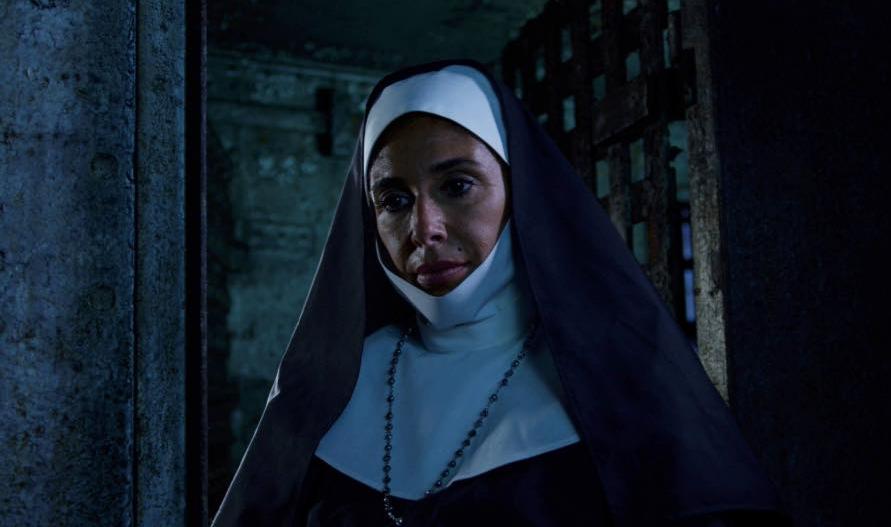 Actress Felissa Rose is no newcomer to the horror genre. The talented actress has over 100 film credits to her name, with a lot of them centred in a genre that she obviously loves. Brand new horror film A Nun’s Curse does get to see Rose play a psychopathic nun for the first time and when you begin to talk to her about the role you very quickly start to see the passion that she put into playing Sister Monday.

“I am so proud of being involved with this film,” she says to me as we talk about the genius of A Nun’s Curse. “I first met Tommy Faircloth, the amazing writer and director of the film, a few years ago at a horror convention called Days of The Dead in Atlanta. He and I hit it off immediately and become fast friends and it was then that he asked me to do a film of his called Family Possessions. I flew to him and we filmed it and it was a wonderful experience, we got along so well and it was just a great collaboration between us.”

“So we stayed in touch and we became really close,” she says continuing. “Then he told me about A Nun’s Curse and I thought ‘oh man I would do anything with you again’ and now here we have it. Now it is coming out and I am super thrilled.”

That leads me to ask what it is about Faircloth that makes her enjoy working with him so often. “Well first up Tommy is so passionate,” she says. “And he is just so easy going and like I said the word collaborative really comes to mind. As the director, actually especially as the director and the writer you already have a vision and he is incredibly kind in hearing what you have to say when you are creating the character and he just loves to use the space as a wonderful place to work in. He has great vision and I just the love the way his films like ascetically, I love the way he creates characters and he is just really a beautiful soul. He is also as funny as all get-out, so the set is always fantastic.”

As we begin to talk about Sister Monday the nun that Rose plays in the film she bursts out laughing hysterically. “She is bat-shit crazy,” she says laughing so hard that she can barely get the words out. “She is clearly a villain, the poster art is very revealing so I am not giving anything away by saying that both Tony Rosen and Sean Krumbholz who created the look really gave her that devious, dark and villainous exterior. She is sort of one of those characters that I would just have to say that from very deep down, right down to her feet, of who she is is just pure evil. And that is always fun because the characters that I always play I love to play something different… something different to what I have ever done before and certainly Sister Monday was a character that I had never portrayed in any other film so it was just really nice to be able to step into these shoes and create something that was so devious and so deeply evil. She is just so deeply rooted in that awfulness, though I have to say it was fun… it is always fun to play the bad guy.”

As we talk about heroes and villains in films I ask Rose whether she finds it more fun to play the hero or the villain. “I definitely have played my share of villains and victims,” she says laughing. “But I love the monster. And I do love them both equally but you definitely do have a lot of fun playing the bad guy because you get to portray something that you would never really do in life. I would never chase someone with a weapon or you know get really angry and loud so it ends up being very therapeutic because you run the rage of these characters in a way that you would never do in real life and it is just fun to play those colours and sort of get mad and I do enjoy it… it is a lot of fun.”

Felissa Rose is truly memorable as Sister Monday so make sure you check out A Nun’s Curse when it is released on streaming platforms on May 12th.