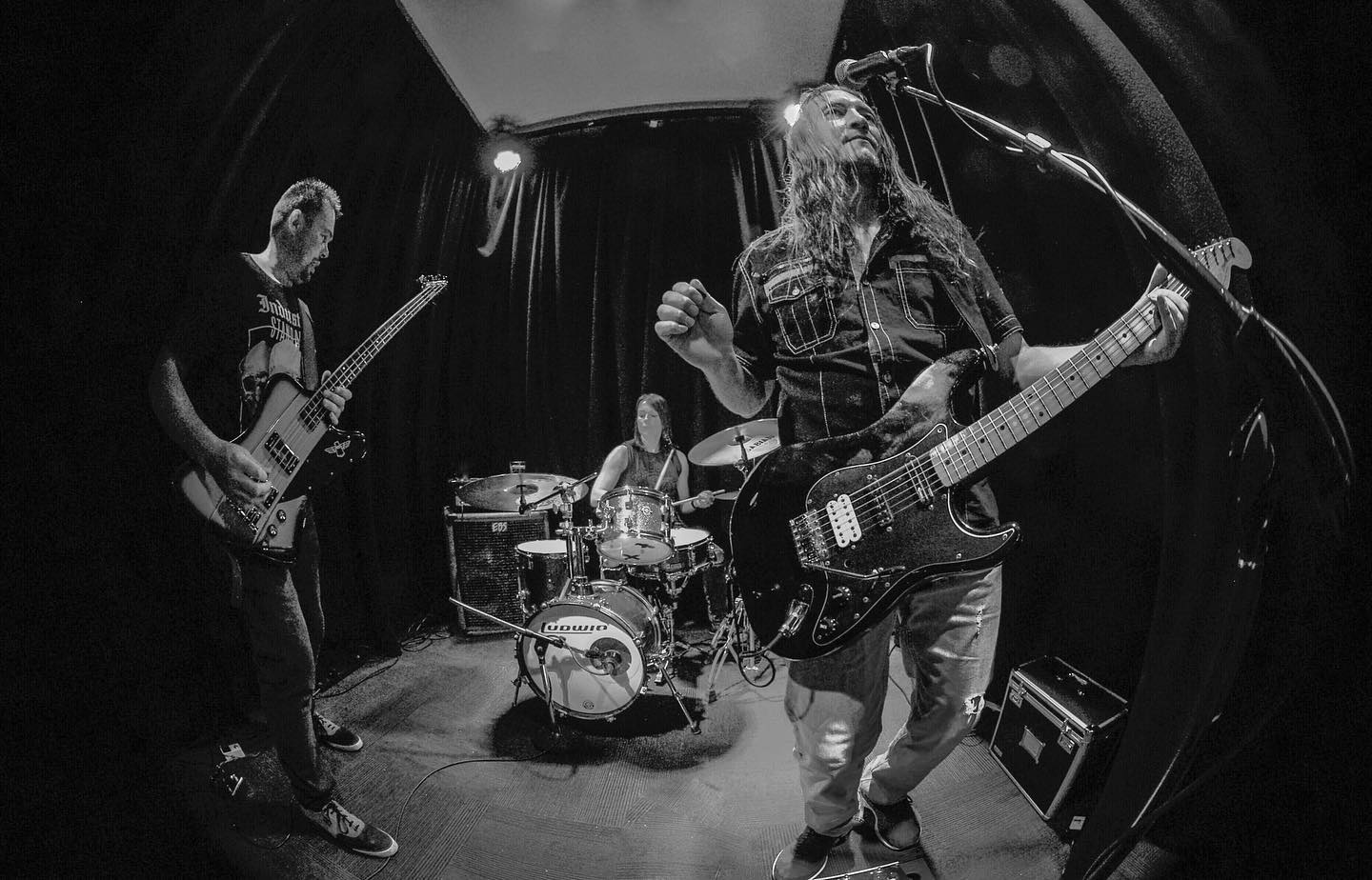 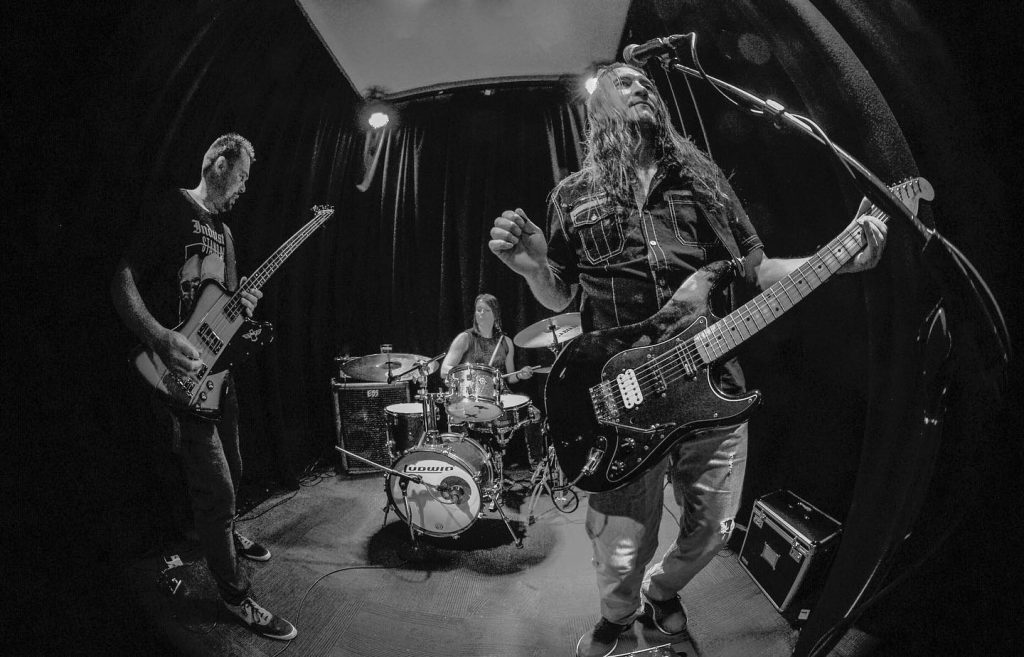 No Aussie music compilation is complete without some dirty bluesy rock, right? Well bringing that to the table on the Murders In The Rue Morgue Vol 1 album is Melbourne band Southbound Snake Charmers. This is a band who describe themselves as dirtier than a roadhouse bathroom and guaranteed to make you slither like a red-bellied black snake – and boy do they bring some magic to this album.

“So currently what we say we play is psychedelic swamp groove,” says main man Chris when I catch up with to find out a little more about the band. “This band has taken quite a few forms, initially we were three guitarists playing really heavy kind of Delta blues stuff and then that evolved through to drums, then some sax and an extra singer.”

“Then at some point the original singer left and me and the other guitarist did the old rock, paper, scissors to see who was going to take singing lessons to become the singer,” he says continuing with a laugh. “I lost, obviously since I’m the singer. So I went and got singing lessons and then when we went in to record our new EP we started to hang around Music Land and there was a bunch of musicians hanging around there so we picked up a bass player and then became a four-piece.”

Despite that major change though the band were still evolving. “We recorded our first two EPs like that,” Chris explains. “We had a real dirty blues sound – almost like The Black Keys but heavier, that sort of sound. Then the guitarist left and we became a three-piece for two albums, one of which we just released and that had the single on it that we did with Rue Morgue – “Through The Smoke.” With the latest stuff we’ve been told we sound like a heavier version of Credence so you can see why we are saying it is psychedelic swamp groove.”

Southbound Snake Charmers’ relationship with Rue Morgue Records all started with Chris’ radio show. “We’ve been doing it for about fourteen years,” he explains. “And I met John through another photographer, so he had been on the show before and when I saw that he had started the label up and he was putting out singles I thought ‘this looks pretty good, let’s try and jump on this early.” So I messaged him and told him that we had just put an album out and were keen to put a single out so we went through there.”

As we delve more into the band’s music Chris tells me that the track you hear from them on the Rue Morgue Records compilation is a little bit different to the to the other music that they have been playing lately. “It’s weird because it is not our traditional psychedelic swamp groove,” he says. “I had seen what John was trying to do with the compilation. He was heading towards one of those old compilations that you used to get with the magazines. That was what he was heading towards so being a very big Motorhead fan, especially the first era especially the first two albums where they were basically a blues band but very heavy, I thought I could do something there and that would fit with the compilation and it would still be true to what we do, so yeah we put out a song called “Bad Ass Blues.””

“I had actually been playing around with those lyrics since Lemmy had passed,” he goes to say as he talks about the very beginnings of the album. “But I didn’t want to be like everybody else and just quickly put out a Lemmy tribute song. I just wanted to do it for myself and write what I wanted to write and everything just seemed to land in the same spot when this came out so I thought ‘let’s do this now.’ So we did.”

As we begin to wrap up Chris has just one piece of advice for those people who still haven’t bought their copy of Murders In The Rue Morgue Vol. 1. “Don’t hesitate, just grab it,” he says happily. “This is going to give you a great taste of a palette of a whole bunch of stuff there. You are going to get a taste of bands that you may never have listened to before!”