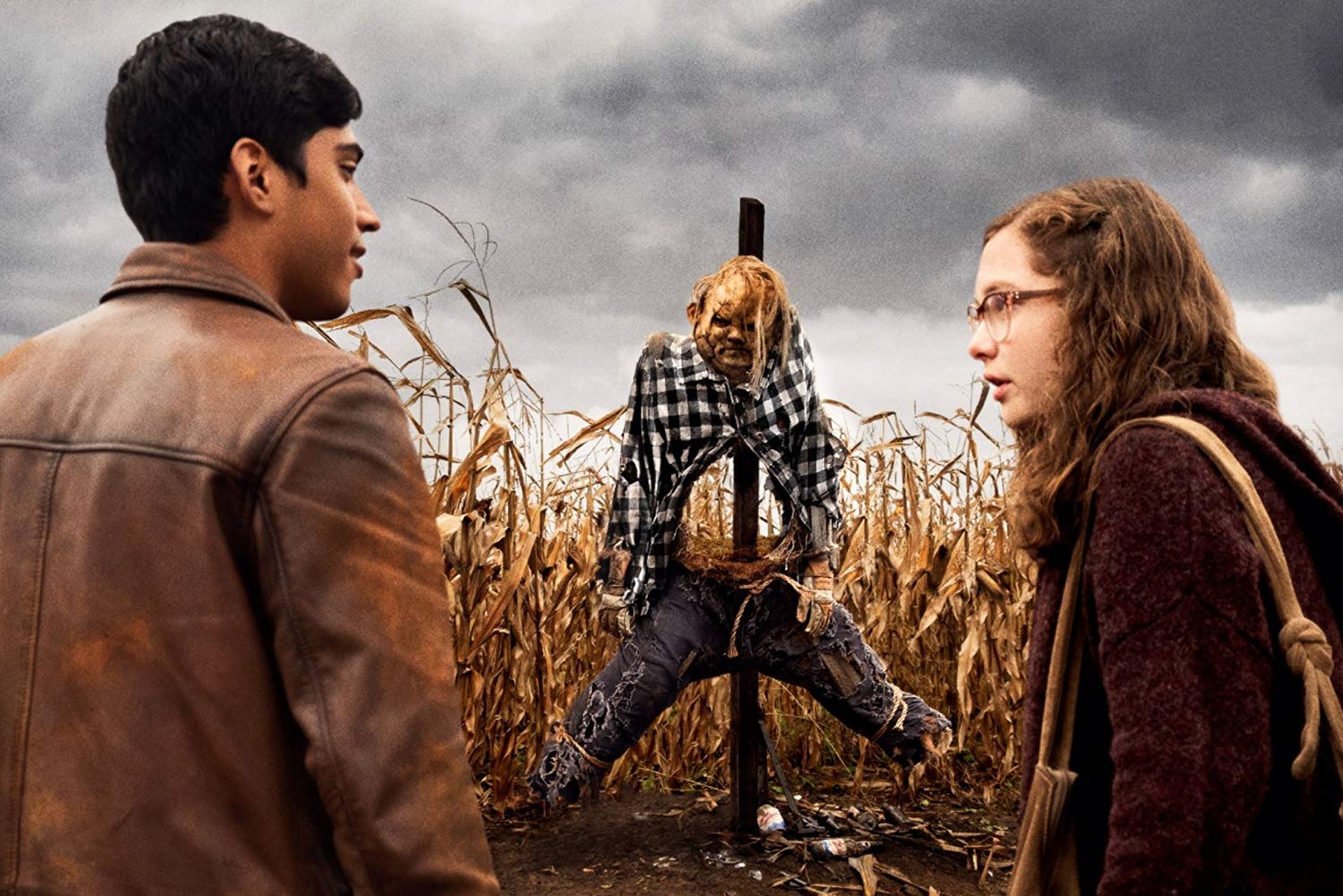 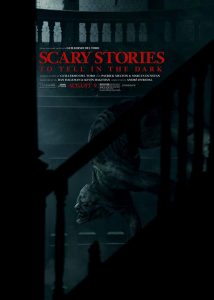 Summary: It’s 1968 in America. Change is blowing in the wind…but seemingly far removed from the unrest in the cities is the small town of Mill Valley where for generations, the shadow of the Bellows family has loomed large. It is in their mansion on the edge of town that Sarah, a young girl with horrible secrets, turned her tortured life into a series of scary stories, written in a book that has transcended time-stories that have a way of becoming all too real for a group of teenagers who discover Sarah’s terrifying tomb. 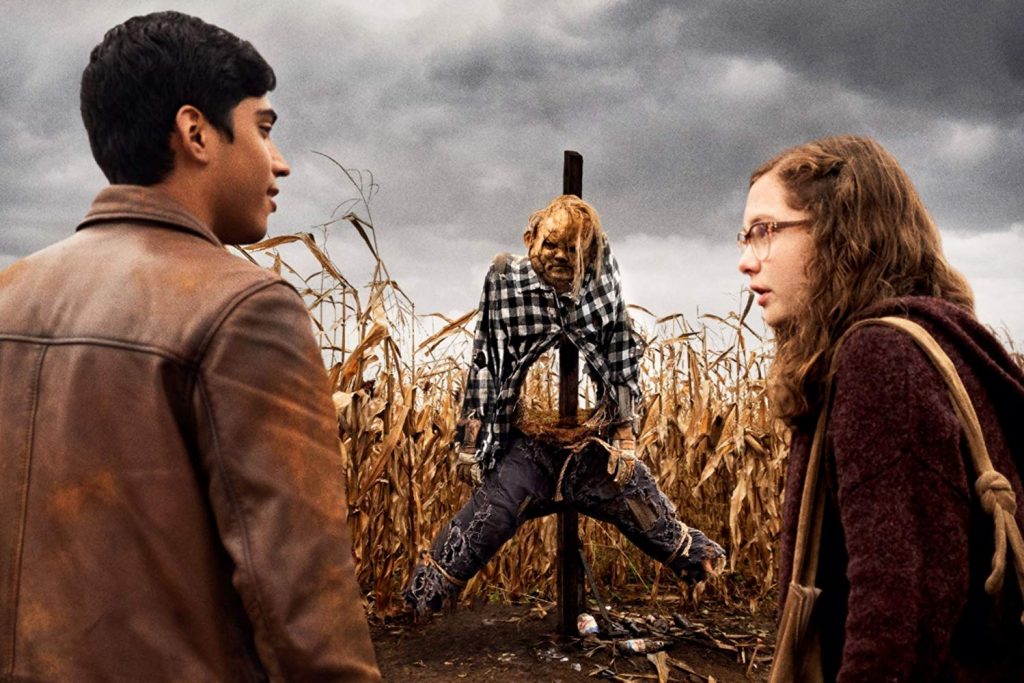 OUR SCARY STORIES TO TELL IN THE DARK REVIEWS & RATINGS:

Dave Griffiths’ Our Scary Stories To Tell In The Dark Review:

After the disappointment that was It Chapter Two it is with a sense of relief that I am able to say that Scary Stories To Tell In The Dark was a film that surprised me a lot more than I thought it would. The film feels like it should be described as Goosebumps for teenagers but there seems to be something a little darker to this film that will mean that horror fans of all ages will be drawn to the film.

While trying to hide, and in a bid to impress Ramon, Stella leads the group into the ‘haunted house’ the house where it is alleged that Sarah Bellows (Kathleen Pollard – The Shape Of Water, The Handmaid’s Tale) killed a number of the town’s children a few years earlier. Sadly for the friends and Chuck’s sister Ruth (Natalie Ganzhorn – Make It Pop, Wet Bum) visiting the house makes them part of a series of stories that could cost them their lives.

The most intriguing part of the film is that while it is supposed to be a film aimed for teenagers director Andre Ovredal (Trollhunter, The Autopsy Of Jane Doe) gives the film a darker edge that makes a lot more interesting for an older audience as well. Where the film works well though is that it doesn’t fall into any of the mistakes that It Chapter Two did. The team of screenwriters which includes the legendary Guillermo del Toro (Pan’s Labyrinth, Hellboy) have made the key central characters likeable which instantly means the audience are barracking for them to live when the horror starts. The team have also carefully chosen which stories from the original novels to use and the result is an interesting collection of ‘horrors’ that in no way feel like a group of short stories put together to make a larger story. The only weakness is at times that the ‘horrors’ at hand don’t always seem to mirror the fear or nightmare that the character it relates to has as well as it could have done.

Given the creative minds of Del Toro and Ovredal coming together for this film there is little wonder that the horror and fantasy aspects of this film look so good. The ‘creatures’ and horrors that are seen throughout the film do have a real Pan’s Labyrinth feel and look to them. It’s these horrors that also seem more ‘scary’ than what you would expect in a film aimed at teenagers. The end result though is a film that will also be enjoyed by adults rather than films like Goosebumps that are more suited to teenagers. It also means that sequences like the Scarecrow sequence and the scenes in the mental hospital and Police Station are going to stick in the minds of the audience a lot longer than many of them would have expected them to.

The young cast also put in great performances. Zoe Margaret Colletti leads the way with a performance that is much more mature than her years would suggest. In a challenging role Colletti is a real stand-out and it is obvious that she has a great career ahead of her. Her character goes through a range of emotions from sheer fear to worry about the relationship that she has with her father and the young actress doesn’t skip a beat no matter what situation her character is put in. She is well supported by Michael Garza who really announces himself as an actor to watch while veteran actor Gil Bellows (The Shawshank Redemption, Patriot) also brings his A-Game to the film.

Creepily spectacular Scary Stories To Tell In The Dark is a throwback to films like Jeepers Creepers and Gremlins, films that were aimed for teenagers but had more of a horror side than most films aimed at that age-group. On reflection we should have expected something special when the minds of del Toro and Ovredal came together but I don’t think any of us expected something as enjoyable as this.

Other Subculture Entertainment Scary Stories To Tell In The Dark Reviews: