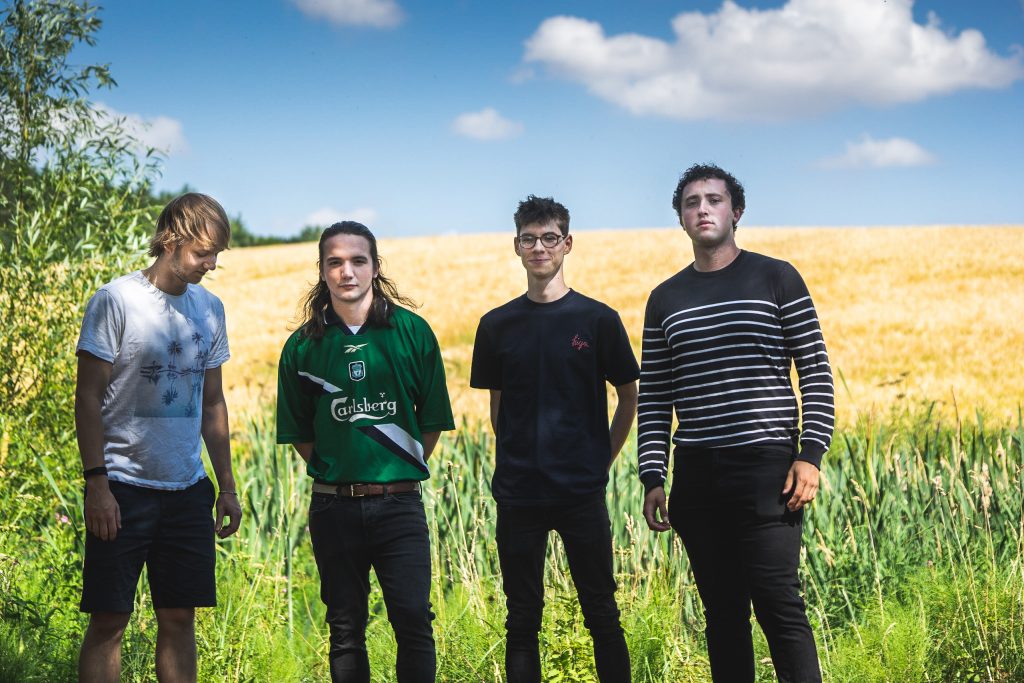 Ali In The Jungle have just released a brand new video. Here is what the band said about the clip:

“I Don’t Even Know You’ is the first video we shot, and it reflects how we felt at the time we made the Anyway EP. We’d spent 4 years away at different universities across the UK, gigging and writing together when we could, but not as much as we’d have liked. After all that time we were finally back in a place where we could do what we love together. Recording and writing for the Anyway EP – finishing off some of the songs after 4 years – was our chance to rally around something together once again.

Consequently, the video is very personal to us, and was filmed in Tim’s house where we write a lot of our music. We wanted our presence to feel ghost-like, with band members re-appearing between shots or in long takes, as Tim rediscovers this space we associate with our history together. The first half of the video is shot as though in rough, old 8mm film, to give the essence of this being a memory, a ghost place. Some moments may feel uncomfortably close, but that’s how it can be when unspoken emotions are shared. There’s some silly things in there too, the broken pictures of us as children/in the juvenile years of Ali In The Jungle together on the wall for example, and the stripy bear that moves around between shots (which looks like Tim in his ‘iconic’ stripy jumper).

The setting represents our headspace, at first desolate, damaged, and empty, but as it becomes filled with music the lighting becomes warmer, and eventually when everyone plays together outside, the landscape is natural and positive. It’s a real cathartic moment of hope, emphasising the importance of company, and the change in aspect ratio reflects the freedom felt in this moment. We had an awesome time making this video, and loved finding images to which we could relate this very open but ambiguous song to! Whether it’s isolation, loneliness, depression, heartbreak, or anything else, hopefully the video will give listeners a tangible visual to which they can relate their situation, as the song touches on ambiguity in relationships, and a whole lot more.”

Tagged: Ali In The Jungle