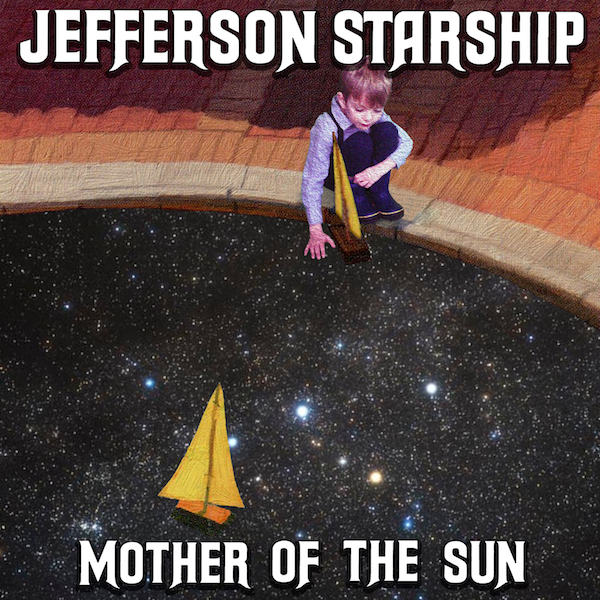 2. What Are We Waiting For?

7. What Are We Waiting For? (Extended Version)

You could forgive Jefferson Starship from not wanting to continue after the sad passing of Paul Kantner in 2016. Kantner was the heart and soul of the band, but upon his passing his family told the rest of the band that it was Kantner’s wish that the band keep going. The result of his wishes and that conversation is the Mother Of The Sun EP… an album that embraces the Jefferson Starship of the past but also shows that it has a bright future due to the talents of the current members.

The thing that hits you the hardest with this album is just how relevant it is to the world that we live in today. Tracks like “It’s About Time” and “What Are We Waiting For?” are true anthems to our time. While Cathy Richardson wrote “It’s About Time” about equal rights for women in a year that saw Black Lives Matter marches and an intriguing US Presidential election its lyrics take on a whole new meaning. Just one listen to these two tracks and you just know that their catchiness grouped together with their thought-provoking lyrics means that they are going to be embraced by people right around the world as they look for hope in a year that they would rather forget.

Then comes the country rock vibe of “Setting Sun” and the piano-driven “Don’t Be Sad Anymore”, the latter again being a true song of reflection. As a way to show the true talents that lay in the new line-up of Jefferson Starship Jude Gold steps up and shows just what a guitar maestro he is with the instrumental “Embryonic Journey”, while “Ruaway Again” reveals the amazing vocal range of Cathy Richardson.

Not only does Mother Of The Sun give us two of the best tracks of the year with “It’s About Time” and “What Are We Waiting For” but also promises us all an exciting future for Jefferson Starship, a future that will see brilliant musicianship and lyrics that really make you stop and think about the world we live in today.