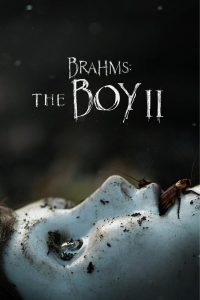 Summary: When a family moves to the country to try and relax after a traumatic event their young son befriends a doll named Brahms with horrific results. 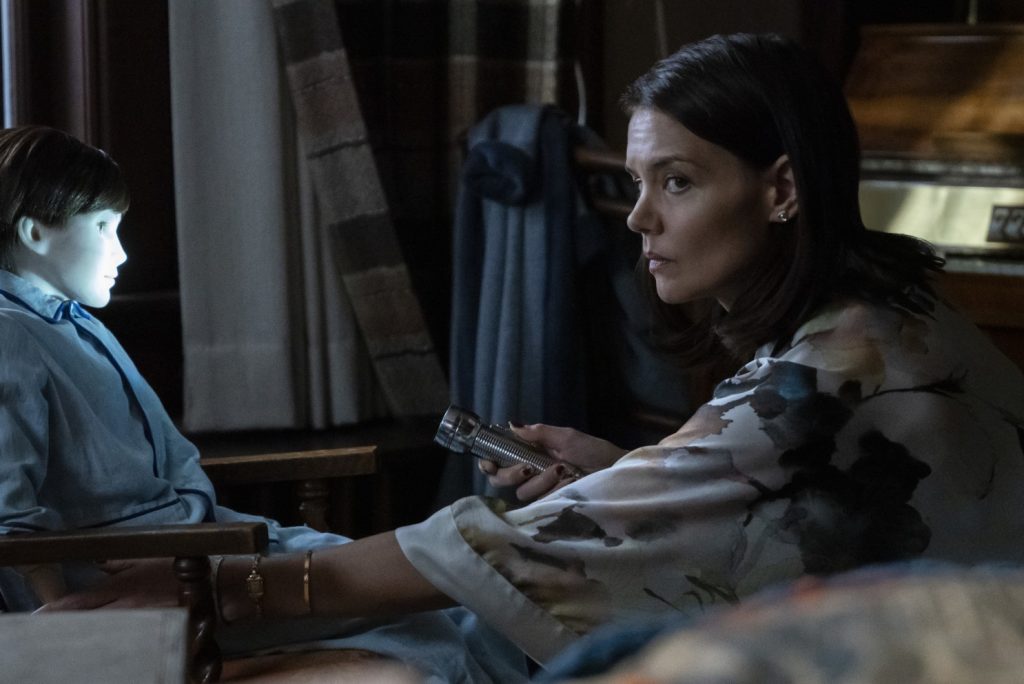 While many might remember 2020 as the year attending a cinema became a thing of dreams, true horror fans may well remember it as the year when pleasant surprises in the genre just kept coming. At the start of the year horror buffs were perhaps most excited about new entries into the Halloween and A Quiet Place franchises, but what has surprised them the most has been just how good movies like The Invisible Man have ended up being.

Well now the next surprise in the genre has landed – a scary little flick by the name of Brahms: The Boy II. No this isn’t a horrific take on the life of a classical musician, this is the follow up to the under-rated 2016 film The Boy which told the tale of a creepy male doll, called Brahms, that made life hell for an unsuspecting nanny named Greta (Lauren Cohen – The Walking Dead).

In Brahms: The Boy II Greta is long gone but Brahms certainly hasn’t. Discarded outside of the now derelict Heelshire Mansion Brahms is discovered by the emotionally damaged Jude (Christopher Convery – Stranger Things) who has never recovered from seeing his mother Liza (Katie Holmes – Batman Begins) attacked during a house invasion.

While Liza and Sean (Owain Yeoman – The Belko Experiment) both seem disturbed by their son’s relationship with the creepy Brahms they try to not to intervene too much as they are wondering whether or not seeing their son in a happier place may lead to him once again talking. That may turn into a very deadly decision though when Brahms begins to tell Jude to kill anybody that he feels is a threat to their friendship.

It always felt a shame that the first film in this saga seemed to be largely ignored while other creepy doll films like Annabelle gained such a huge fan-base. Watching the franchise get even stronger with The Boy II just rams that belief home ever further. There is just something so uniquely simple but intensely dramatic about this series and director William Brent Bell (The Devil Inside) only enhances that feeling this time around. Given Bell’s terrific body of work over the past few years he could also probably be described as one of the underrated director currently working in Hollywood.

Bell’s directional style shows that he is a fan of old school horror and he manages to blend that into this modern day tale exceptional well. The use of the Heelshire Mansion set brings an eerie Gothic horror feel to the film and as the film goes on your realise that Bell can frame a shot to bring maximum suspense to his audience. This is never clearer than in a scene when Liza is talking to a family member while through the window behind her you can see Jude being antagonized and bullied by his cousin. While you at times can’t hear anything other than Liza’s conversation you know that all hell is about to break lose behind her.

Those that have seen Bell’s previous films will know that his movies are not always a comfortable watch. You will spend most of the film on the edge of your seat largely due to the fact that as a director who doesn’t exactly shy away from some confronting scenes. In The Boy II even the flashback sequence is likely to put some audience members on edge while the intense nature of the movie only increases as it we are left wondering whether or not Jude is capable of hurting his family on behalf of Brahms.

Also taking The Boy II far behind the B-Grade nature that many may expect is the brilliant acting of Kate Holmes and Christopher Convery. Holmes doesn’t let the fact that she is ‘just’ in a horror film get in the way of delivering a brilliant portrayal of a mother pushed to the edge by her sons ‘disability’ while Convery puts in an acting performance that shows why he needs to be considered one of the best young talents in Hollywood at the moment. Grouped together with his performance in DC’s Gotham and it is easy to see that this kid is going to be a star.

If you a true horror fan then don’t let Brahms: The Boy II slip under the radar. This intense and dramatic series is just going from strength to strength and is well worth a trip to the cinemas.

You can also find our review for Brahms: The Boy II that ran in The Phuket News here – https://www.thephuketnews.com/brahms-the-boy-ii-delivers-horror-classic-76369.php