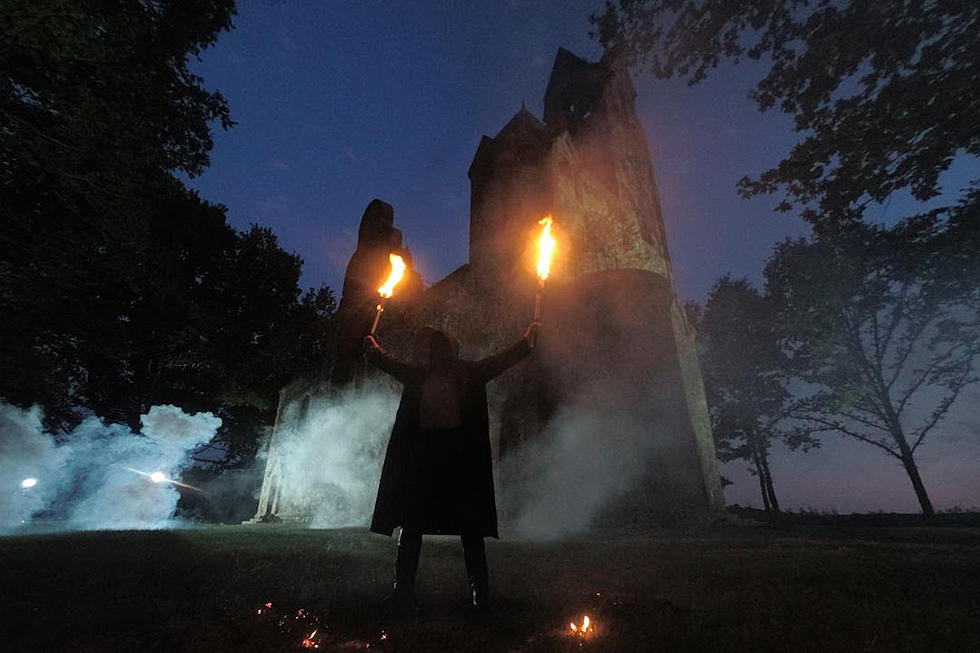 Who said nothing good can come out of the Covid-19 lockdown? While you may be bored out of your mind that boredom will be eased a little this weekend as the almighty Behemoth live stream themselves playing in a Polish Church.

While the irony of such a thing makes this a spectacle that nobody should miss the fact that the band themselves seem bored to the back teeth having been lockdown themselves and are looking to unleash their fury means that this has the making of a gig that is going to go down in history.

With all that in the back of our minds though it came as a bit of a surprise when we spoke to frontman Nergal that he originally was not a fan of the concept.

“First of all I didn’t really want to do it,” he says after thinking for a second. “I mean I’m not really a fan of online shows. It is normally like drinking fucking tea and pretending you are in a band room. But somehow you are just not buying it.”

“In the terms of Behemoth and what we try to deliver I thought it would be something that was out of the question… that it would be something that we wouldn’t want to be part of. There’s a stream of bands who have tried it… and I understand that bands need to try and make a living and I am not disputing that and I am not saying it is wrong I am saying find your ways to make a living and pay your bills and taxes. It is part of the big business, it has to move on regardless but considering the character of who and what we are it wouldn’t work. So I was very negative about it from the start.”

With that kind of philosophy it seems even more surprising that the band ever said yes to the gig. But all that changed with one conversation. “But then our manager rand me up and he explained to me all about how this wrestler called The Undertaker had this match in a cemetery and when he just went off into the black on his bike and that kind of peaked my imagination.”

“I thought that maybe this was the occasion,” he says continuing “This is a very rough and difficult situation that we are having to all endure and it might actually be a reason to step out of the game and try to out do ourselves. That was when we started to think if we are going to do this it needs to be absolutely fucking spectacular, epic and something like you have never seen before. And fuck me that is exactly what you should expect. “

Expect it because that is what is going to be delivered!!!