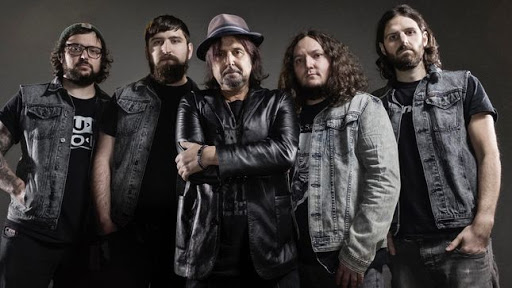 To any heavy music fan the name Phil Campbell should need no introduction. He rose to recognition with the almighty Motorhead before in 2017 teaming up with his sons and frontman Neil Starr to form Phil Campbell And The Bastard Sons. November 13th will see the release of the band’s second album We’re The Bastards so we thought it was time to sit down and have a chat with him.

“I’m over the moon with it,” says Campbell laughing as I congratulate him on the album. “I am really pleased with it and I can’t wait until it is released next month so that everybody will get a chance to hear it.”

That leads me to ask him whether or not after all these years in the industry whether he still gets nervous when he has a new album coming out or whether excitement chases away the nerves. “I am certainly very excited about this one,” he says without even a beat. “I know it is a belter. It has thirteen new songs on it and it has the hugest, biggest production on it. There are great performances on it and great melodies so I am not nervous about it at all. All I really want to do is tour!”

“So far we have had really good responses from those that have heard it,” he goes on to say. “And you’re another one. But yeah last year we decided that we were going to put out an album for the end of 2020. So in January we got together in our studio and we had recorded some sound check ideas last year so we made them into some songs and then Todd turned up with five or six or seven songs so we put them all down. Then I had some songs and everybody had different ideas so basically by the end of February we were all rehearsed up and the songs were all in shape.”

Of course though best laid plans do to go pieces when a pandemic hits and for Campbell it was no different. “Then we had the major lockdown and all hell broke loose in March. Luckily we have our own studio though that Todd runs so we just put together the album there. One or two of us would go in with Todd at a time. We were all socially distanced there because we were in different rooms. We were in no rush to get it done… so that was how we put the album together.”

You can listen to the full audio interview with Phil Campbell below and We’re The Bastards will be available on November 13th through Nuclear Blast Records. 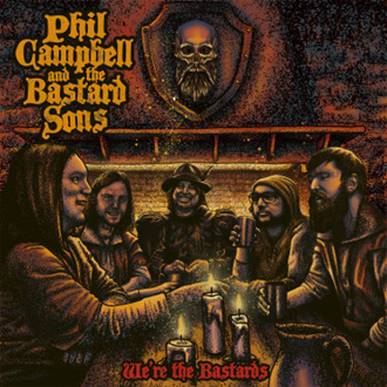