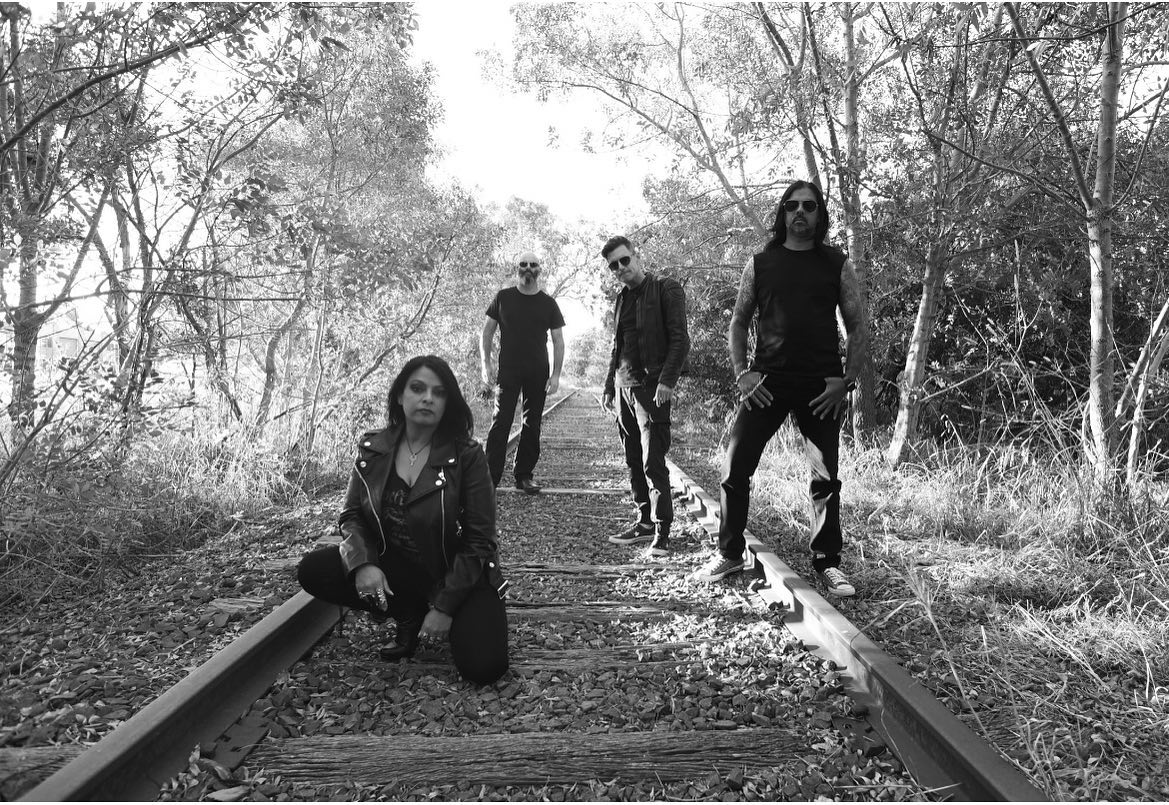 It is hard to pinpoint an exact sound for Melbourne’s very own HZED. Some have said that their style of rock conjures up memories of  Chrissy Amphlet while others say they have had the unique ability of capturing 50 years worth of rock all in one track. While a lot is said about them one thing remains fact – everything this band does sounds bloody great.

Resurrected from the ashes of guitarist Shano and drummer Sam’s old band Backyard Funk HZED took form when the remaining members got stuck into some serious writing for a rock project they had in mind. But they ran into a pretty major brick wall – they couldn’t find the perfect front-person for the band and that is when Shano thought of his sister, Michelle.

“I had been asking her to get back into the music industry for about a decade or so,” he explains. “She had stopped at about aged 18 or 19 and finally she said yes. It was a bit of a slow start because she hadn’t done anything for awhile but once she clicked in things really got started.”

Shano’s explanation makes Michelle laugh as she sits beside him “Let’s be honest he wasn’t asking he was harassing,” she says laughing hard. That laughter grows when I ask her what made her finally give in. “I really can’t say,” she says. “I just decided that I wanted to give it a shot and I thought why not. It was very scary but then things just started flowing and I haven’t looked back since.”

“Since we got Ads (the band’s new bass player) everything has just gone from being mediocre to the next level,” she says continuing.  “We are all writing together really well and just everything has been happening.”

Just as the band started to buzz though they soon found themselves with another obstacle in their way – COVID hit meaning that Melbourne went into lockdowns and the band couldn’t even get together to rehearse. Not to be deterred though they got stuck into writing and made sure each member had their own equipment to get the ball rolling. The result of some those sessions was the brand new single No Colour.

“The way that we write songs is that Shano will get an idea and he will put the track down, he’ll send it me and I will year or nah,” says Michelle when I ask about the origins of No Colour. “Then I will sit there, listen to it and get a vibe off it and then I will start writing the words for it.”

For Shano it turns out that coming up with the original idea of the song was very natural indeed. “I’m one of those guys that will be walking the streets and then just suddenly hear something and it all starts flowing, but then when I sit down with my guitar nothing,” he says. “So I just sit with my guitar and play and play until something comes out that sounds good. Then when it sounds good I pull my phone out record it and just slap it down with the raw guitar.”

With the track finally in the can the band then decided that it was time to do something a little different to what they had done in the past. “We’ve all been in different bands but we have never released anything on vinyl before,” says Shano with excitement in his voice. “But that was something that has always been on my bucket list. I have always wanted to put something out on vinyl and the way it worked out was once we started working with Rusty and when it was reworked I realised that we just had to release it on vinyl because it was something that I wanted to keep forever.”

To finish off the interview I ask Michelle what she would like to say to anyone out there who is thinking about grabbing a copy of No Colours through Rue Morgue. “I would just say get on it,” she says with a laugh. “It is original, hard rock and that is what we are trying to bring out to everyone. We want it to be raw rock – the old school. Listen to – you’ll love it.”

No Colour is available from Rue Morgue Records right now.