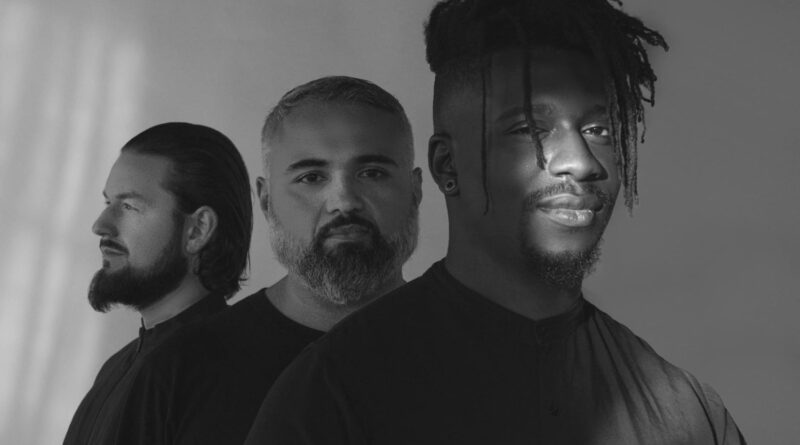 One of the most exciting and boundary pushing acts in the world of heavy music, Washington D.C’s Animals As Leaders will return to Australia for a full national tour this April!

Armed with palette-expanding eight-string guitars, rich synths, and pummelling percussive grooves, the instrumental trio is beloved by metalheads, aspiring virtuosos, jazz fanatics, and casual listeners alike. They jettisoned the rules, limitations, and boundaries of conventional rock music from the start to become one of music’s great storytellers, walking the tightrope between sheer technical virtuosity and real emotional resonance. Even without vocals, Animals As Leaders is intimate, mythmaking music.

Formed in 2007 as a solo project for guitarist Tosin Abasi who was soon joined by classically trained guitarist Javier Reyes and Berklee-educated drummer Matt Garstka. The trio began to work on music that was built on a shared love of everything from fusion to technical death metal. The perfect blend of precision and organic feel, Animals As Leaders are almost otherworldly.

From the very beginning the musicians received high praise from the press. Guitar World named Tosin among the Guitarists of the Decade. Rolling Stone featured him as part of their “Young Guns” series, The Chicago Tribune declared him “the closest thing prog-metal has to an Eddie Van Halen.” And Metal Sucks cited him as one of the Top Ten guitarists of All Time! Matt Garstka graced the cover of Modern Drummer for the first time in 2015 and has been on the cover several times since.

Across the bands five albums, which began with their jaw dropping 2009 self titled debut to their latest, 2022’s Parrhesia, the evolution of their sound is paramount. The prog-metal onslaught of the band’s early output gradually expanded over the years with increasingly wondrous shades of melody and immersive ambiance. The band’s diverse catalog plays like multiple seasons of a superb television series, the shows with consistent themes and characters throughout their runs that evolve without sacrificing their most essential elements. “Physical Education” has been streamed close to 13 million times and fan favourites such as “The Joy of Motion”,  “Cafo,” “The Brain Dance,” and “Ectogenesis” have equally impressive numbers.

Animals As Leaders offer more than clinic-ready musicianship and proficiency. A focus on mood, texture, and emotive power elevates their music past any preconceived notions, resulting in a fascinatingly unique phenomenon, with an unlikely and profound appeal across multiple sub-genres.

We could sit here all day and brag about how amazing Animals As Leaders are but mere words are a pale substitute for experiencing them live. Their captivating live show is the stuff of legend.

Get in fast as being one of the most in demand live acts in the world, tickets will soon be in short supply!