Madman Entertainment is thrilled to announce that zero-waste innovator Joost Bakker will participate in a series of special Q&A events around Australia ahead of the theatrical release of GREENHOUSE BY JOOST in November. Joost Bakker will be joined after screenings of the film for an on-stage discussion with a variety of special guests including Damon Gameau, Sarah Wilson, Jack Thompson, Clare Bowditch, Neil Perry and Clare Cousins , as well as renowned chefs Matt Stone and Jo Barrett, who both feature in the film.

“Imagine a house that grows its own food” – that’s the vision of Joost Bakker, who was once dubbed the ‘Poster Boy of Zero Waste Living’ by The New York Times. GREENHOUSE BY JOOST is an inspiring feature documentary following Bakker as he builds a self-sustaining home in the centre of Melbourne, an ecosystem that provides its occupants with water, energy, shelter and nourishment. Joined in his work by chefs Matt Stone and Jo Barrett, Bakker faces his fair share of challenges to finish the home. Bureaucratic delays, COVID shutdowns and blackouts all threaten the build.

GREENHOUSE BY JOOST is directed by Rhian Skirving and Bruce Permezel and was created by the award-winning producers of 2040, The Australian Dream, and That Sugar Film.

GREENHOUSE BY JOOST will be released in Australian cinemas in November: 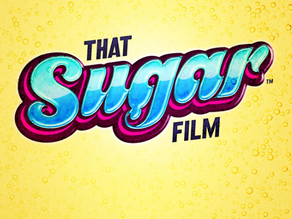 That Sugar Film hits the road throughout March for a special series of Q&A screenings with director and star of the film Damon Gameau, plus a raft of special guest hosts. Please check the cinema links below to buy tickets and find out more details about the sessions and guest hosts in your city.

Group bookings can be arranged – if you would like to organise a
group booking please contact one of the cinemas above.

THAT SUGAR FILM is one man’s journey to discover the bitter truth about sugar. Damon Gameau embarks on a unique experiment to document the effects of a high sugar diet on a healthy body, consuming only foods that are commonly perceived as ‘healthy’. Through this entertaining and informative journey, Damon highlights some of the issues that plague the sugar industry, and where sugar lurks on supermarket shelves. THAT SUGAR FILM will forever change the way you think about ‘healthy’ food. 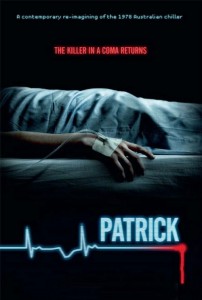 Summary: Patrick, a young coma patient, has been lying in a hospital bed for years, unable to communicate with anyone. When a beautiful nurse catches his eye, Patrick’s latent psychic powers begin to emerge, and soon threaten the lives of everyone in the hospital.

Please check Greg’s review of ‘Patrick’ that is available on www.filmreviews.com.au 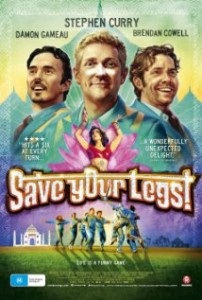