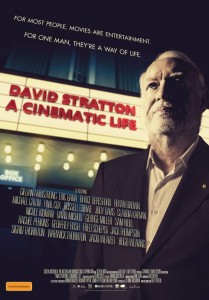 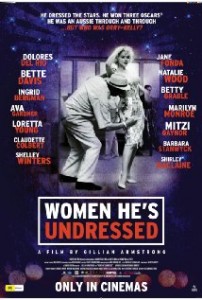 Summary: Orry-Kelly was Golden Age Hollywood’s most celebrated costume designer. Winner of three Academy Awards and responsible for the costumes of films as iconic as Some Like It Hot, Casablanca, An American in Paris, and Auntie Mame, Orry-Kelly was head of Warner Brothers costume department during the richest period of American film history.

And he was born in Kiama, New South Wales.

Acclaimed filmmaker Gillian Armstrong brings to life the tale of one of Australia’s undeservedly forgotten sons in her new documentary WOMEN HE’S UNDRESSED. The story of Orry-Kelly becomes one of discovery and intrigue, as Armstrong charts the trajectory of this most unusual and talented man. He was outrageous, witty, outspoken, a drinker, and uncompromising of his sexuality at a time when Hollywood was deeply conservative. From costuming Hollywood’s most glamourous actresses, to a scandalous secret affair with one of film’s most famous and iconic actors, WOMEN HE’S UNDRESSED uncovers a rollercoaster of a life sure to fascinate, shock and illuminate.

Thanks to eOne Entertainment we still have some limited edition posters from Dolph Lundgren’s new film Skin Trade to giveaway. Make sure you listen in for your chance to win. 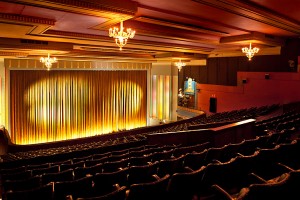 Women He’s Undressed takes an intimate look at the life of three-time Academy Award winning Australian costume designer, Orry-Kelly.  Largely unrecognised for his achievements at home, the Kiama born designer created wardrobes for the silver screen from the 1930s to 1960s. Kelly’s design credits include; Hollywood’s biggest studios, most memorable stars, and hit films such as Casablanca, Some Like it Hot, Oklahoma! and An American in Paris.

“We are thrilled to start our tenure at the Astor Theatre with a premiere for Women He’s Undressed,” said Palace Cinemas’ CEO Benjamin Zeccola.  “The film features such wonderful footage from the golden age of Hollywood; it made perfect sense that this should be our choice as Palace re-open the Astor, which itself has such a rich history in showing classic film” he says. “While we’re being tight-lipped about the content of the new Astor calendar until it’s release on May 21, I can confirm that we will be showcasing several films containing Orry-Kelly’s dazzling costume designs, as we continue with the repertory programming the Astor’s audiences know and love.”

Director of Women He’s Undressed, Gillian Armstrong who will be among the guests at the premiere says, “We are thrilled to open our film about the king of Hollywood style at the stylish and wonderful Astor in my own hometown.”

The Astor Theatre, which is one of the last remaining single-screen theatres in the southern hemisphere, will re-open to the public on June 7 with the red carpet gala event for Women He’s Undressed following on June 25. Tickets for the premiere and opening night event will be available from both the Astor Theatre website www.astortheatre.net.au and Palace Cinemas’ website www.palacecinemas.com.au, in late May.