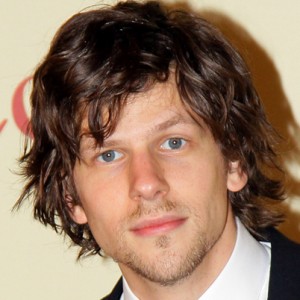 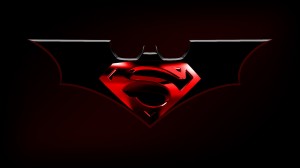 Ending weeks of speculation, Ben Affleck has been  set to star as Batman, a.k.a. Bruce Wayne. Affleck and filmmaker Zack Snyder will create an entirely new incarnation of the character in Snyder’s as-yet-untitled project—bringing Batman and Superman together for the first time on the big screen and continuing the director’s vision of their universe, which he established in “Man of Steel.” The announcement was made by Greg Silverman, President, Creative Development and Worldwide Production, and Sue Kroll, President, Worldwide Marketing and International Distribution, Warner Bros. Pictures.

Last month’s surprise announcement of the new movie featuring both Superman and Batman created a wave of excitement and immediately fueled discussion and debate—among fans as well as in the media—about who would put on the cape and cowl of Bruce Wayne’s alter ego.

Snyder successfully re-imagined the origin of Clark Kent/Superman in the worldwide blockbuster “Man of Steel,” which has earned more than $650 million worldwide to date, and climbing. The director will now create an original vision of Batman and his world for the film that brings the two DC Comics icons together.

Affleck will star opposite Henry Cavill, who will reprise the role of Superman/Clark Kent. The film will also reunite “Man of Steel” stars Amy Adams, Laurence Fishburne and Diane Lane.

In the announcement, Silverman stated, “We knew we needed an extraordinary actor to take on one of DC Comics’ most enduringly popular Super Heroes, and Ben Affleck certainly fits that bill, and then some. His outstanding career is a testament to his talent and we know he
and Zack will bring new dimension to the duality of this character.”

Snyder also expressed his excitement about the casting of Affleck, noting, “Ben provides an interesting counter-balance to Henry’s Superman. He has the acting chops to create a layered portrayal of a man who is older and wiser than Clark Kent and bears the scars of a seasoned
crime fighter, but retain the charm that the world sees in billionaire Bruce Wayne. I can’t wait to work with him.”

Kroll added, “We are so thrilled that Ben is continuing Warner Bros.’ remarkable legacy with the character of Batman. He is a tremendously gifted actor who will make this role his own in this already much-anticipated pairing of these two beloved heroes.”

Affleck recently starred in the Academy Award®-winning Best Picture “Argo,” which he also directed and produced, earning acclaim and a BAFTA Award nomination for his performance in the film, as well as a number of directing honors. In 2010, he starred in and directed the hit crime thriller “The Town.” His recent acting work also includes “The Company Men,” “State of Play,” and “Hollywoodland,” for which he received a Golden Globe nomination for Best Actor. Earlier in his career, Affleck starred in and co-wrote (with Matt Damon) “Good Will Hunting,” for which he won an Oscar® for Best Original Screenplay.

The new Super Hero film is being scripted by David S. Goyer from a story he co-created with Zack Snyder. Charles Roven and Deborah Snyder are producing, with Benjamin Melniker, Michael E. Uslan and Wesley Coller serving as executive producers.

Production is expected to begin in 2014.

Superman + Batman In One Epic Film

On the heels of the worldwide success of “Man  of Steel,” director Zack Snyder is bringing together the two greatest Super Heroes of all time—Batman and Superman—for the first time on the big screen. The announcement was made today by Greg Silverman, President, Creative Development and Worldwide Production, and Sue Kroll, President, Worldwide Marketing and International Distribution, Warner Bros. Pictures.

The current hit, “Man of Steel,” has taken in more than $630 million at the worldwide box office to date, and climbing. Along with its star, Henry Cavill, the upcoming film brings back Amy Adams, Laurence Fishburne and Diane Lane. The new Batman has yet to be cast.

Snyder is co-writing the story with David S. Goyer, who will then pen the screenplay. Production is expected to begin in 2014, with an anticipated release date in 2015.

Silverman stated, “Zack Snyder is an incredibly talented filmmaker, but beyond that, he’s a fan first and he utterly gets this genre. We could not think of anyone better suited to the task of bringing these iconic Super Heroes to the screen in his own way.” Kroll added, “We are thrilled to be back in business with Zack and his team on this next movie. The success of ‘Man of Steel’ is a wonderful testament to the love and support
that both fans and new audiences, worldwide, have for these characters. We are very excited to see what Zack has in store for all of us.”

Diane Nelson, President, DC Entertainment, noted, “Superman and Batman together on the big screen is a dream come true for DC fans everywhere. All of us at DC Entertainment could not be more excited for Zack’s continuing vision for the DC Universe.”

Zack Snyder, who made a surprise appearance at Comic-Con today, breaking the news to audiences there, later said, “I’m so excited to begin working again with Henry Cavill in the world we created, and I can’t wait to expand the DC Universe in this next chapter. Let’s face it, it’s beyond mythological to have Superman and our new Batman facing off, since they are the greatest Super Heroes in the world.”

The new film brings back Charles Roven and Deborah Snyder as producers. This time, Christopher Nolan and Emma Thomas are serving as executive producers, along with Benjamin Melniker and Michael E. Uslan.

Thomas offered, “Whilst our ‘Dark Knight’ trilogy is complete, we have every confidence that Zack’s fresh interpretation will take the character in a new and exciting direction. His vision for Superman opened the door to a whole new universe and we can’t wait to see what Zack does with these characters.” 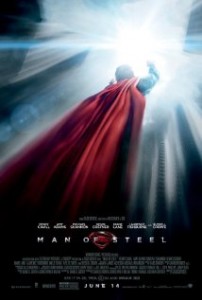 Summary: A young boy learns that he has extraordinary powers and is not of this Earth. As a young man, he journeys to discover where he came from and what he was sent here to do. But the hero in him must emerge if he is to save the world from annihilation and become the symbol of hope for all mankind.

Please check Greg’s review of ‘Man Of Steel’ that is available on www.filmreviews.net.au