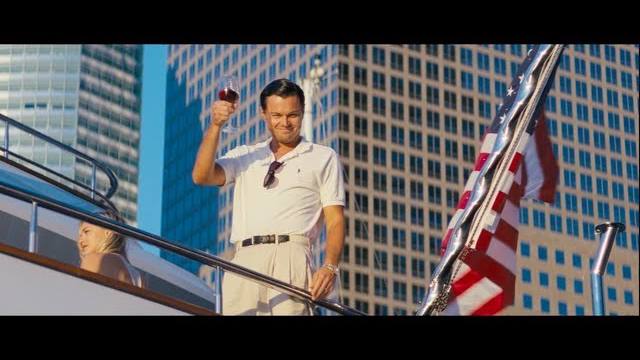 The bells rang at the close of trade yesterday and there was one clear winner: Martin Scorsese’s THE WOLF OF WALL STREET soared its way to the top of the Australian box office. Grossing $1.016m across 228 locations, the critically acclaimed black comedy had the biggest opening day for an R18+ film in Australian history.

“The Wolf of Wall Street has had an extraordinary first day in cinemas across Australia, grossing over $1m, becoming the biggest ever opening day for a Martin Scorsese film. Since it began opening around the world, The Wolf of Wall Street has enjoyed amazing box office success and now Australia joins the growing number of international markets where the film has proven incredibly popular with audiences,” Roadshow Films managing director Joel Pearlman said.

Director Martin Scorsese has excavated the terrain of the American crime drama from multiple angles – but with The Wolf Of Wall Street he goes straight to the edge with a tale from the outrageous and darkly comic realm of our most contemporary variety of criminal extortion: high finance.

Based on a true story, The Wolf of Wall Street follows the outlandish rise and non-stop pleasure-hunting descent of Jordan Belfort (DiCaprio), the New York stockbroker who, along with his merry band of brokers, makes a gargantuan fortune by defrauding investors out of millions.

The film follows Belfort’s wild ride as he transforms from a righteous young Wall Street newcomer to a thoroughly corrupted stock-pumper and IPO cowboy.

Having quickly amassed an absurd fortune, Jordan pumps it back into an endless array of aphrodisiacs: women, Quaaludes, coke, cars, his supermodel wife and a legendary life of aspiration and acquisition without limits.

But even as Belfort’s company, Stratton Oakmont, soars sky-high into extremes of hedonistic gratification, the SEC and the FBI are zeroing in on his empire of excess.