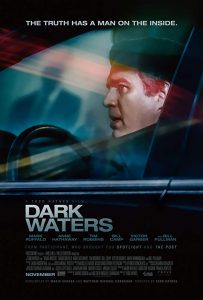 Summary: A corporate defense attorney takes on an environmental lawsuit against a chemical company that exposes a lengthy history of pollution. 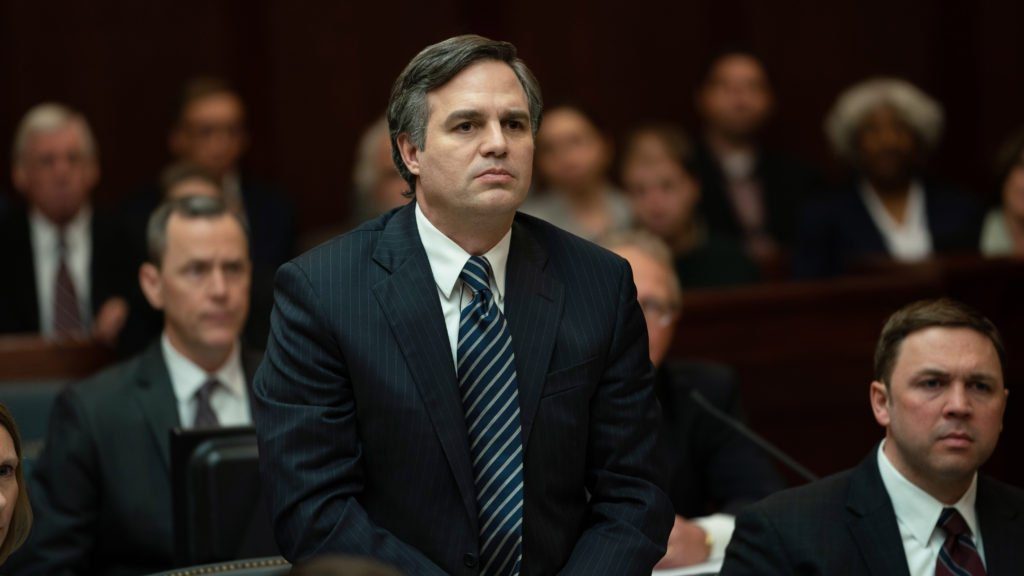 Few films will have the impact on their audience that Dark Waters does. I’d be lying if I said the film didn’t get to me – actually I kind of felt physically ill as the credits rolled. That is in no way a reflection of the quality of the film, my feeling came solely from what the movie had just educated me about. See Dark Waters tells us about something that affects our everyday life but something perhaps most of us don’t even know about. To be brutally honest Dark Waters is perhaps one of the most important films that you should see this year… no make that this is a film you MUST see.

Directed by Todd Haynes (I’m Not There) the film tells the true story of lawyer, Rob Bilott (Mark Ruffalo – The Avengers). Bilott worked for a law firm who represented chemical companies but has his entire world turned upside down when a farmer named Wilbur Tennant (Bill Camp – Joker) walks into his office carrying a box of video tapes he says will support his claim that one of America’s biggest chemical companies, DuPont, is poisoning his farm.

While at first reluctant to take on the case Bilott decides he will after going to visit the farm and talking to his own Grandmother about what has happened. Despite his own wife (Anne Hathaway – Les Miserables) and his boss (Tim Robbins – The Shawshank Redemption) thinking that the case may have ramifications for him Bilott continues on believing that his friendship with DuPont’s lawyer, Phil Donnelly (Victor Garber – Alias) will ensure a smooth case that will lead with a payment to the Tennant family. However as Bilott begins to investigate the case DuPont start to act more aggressively towards him and it soon becomes clear that the case is much bigger than anyone could ever have predicted it would.

Dark Waters is the kind of movie that could have become a sticky trap for director Todd Haynes as a filmmaker. While being a very important whistleblower movie exposing a truth that the world needs to know about for the most part this film is a courtroom drama. At times it is not even that – as there are times when this is a movie literally about a man going through box after box of paper in a bid to try and find what he needs before he can even go to court. How Haynes makes that watchable is the feat of a very great filmmaker indeed. There are even times in this movie where he has to deliver an information dump – and he even makes that something gripping to watch.

Haynes finds suspense in things where there shouldn’t be suspense. The fact that he is able to get the audience on the edge of their seat simply because a character is walking to their car after a mundane meeting is some pretty damn fine filmmaking. Even the scenes of Ruffalo unpacking boxes becomes moments of true intrigue as the audience keeps watching wondering when or if he will ever find that elusive piece of the pie that he needs.

The fact though that this is a movie that impacts us all is something though that not even a filmmaker can manufacture. We’ve all used Teflon with our cooking, hell I can even remember my mother being proud of the fact that she owned pots and pans with Teflon in them. And that is what makes this film some spine-chilling – it is a movie that involves all of us and luckily Haynes is the filmmaker who has decided to tell the world the truth about what exactly happened here… a brave move indeed.

Some people may criticise the film for the fact that some actors and actresses get under used, but I did not see that as an issue at all. Yes, Anne Hathaway does not appear in many scenes early on in the film but that seems to add power to the scenes that she does appear in later in the film. Her scene with Tim Robbins where she scolds him for the way that she has been treating her on-screen husband, his employee, is one of the most powerful scenes in the entire movie and you can easily why the casting team wanted an A-Grade actress in the role.

Then of course there is Mark Ruffalo. Of course now for a generation of film-goers he will be known as The Hulk, but it is films like Dark Waters that reminds us what a great character he is. Going into this film I was a little worried that perhaps I would feel like I was simply watching Mark Ruffalo, but just like he did in the under-rated Infinitely Polar Bear Ruffalo totally absorbs his character and puts in a stunning performance that is worthy of a few award wins along the way.

There is no doubt that Dark Waters is a gripping film made even better by a filmmaker who found the perfect way to bring an important yet potentially dull storyline to the cinema in a creative and entertaining way. Haynes brings in moments of true suspense and mixes them with moments of true genius as he finds an interesting way to even get scientific information across to his audience. There are moments when Dark Waters hits its audience like a sledgehammer right between the eyes and in the end it becomes one of the must see films of 2020. 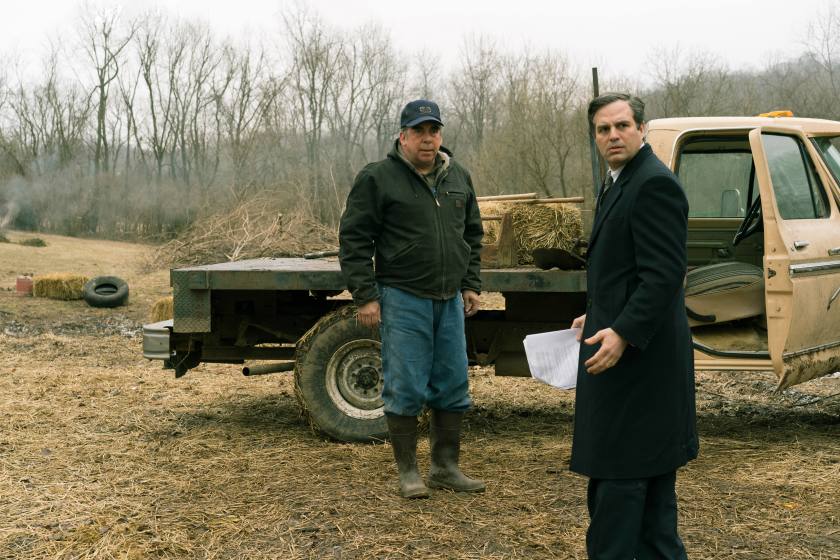