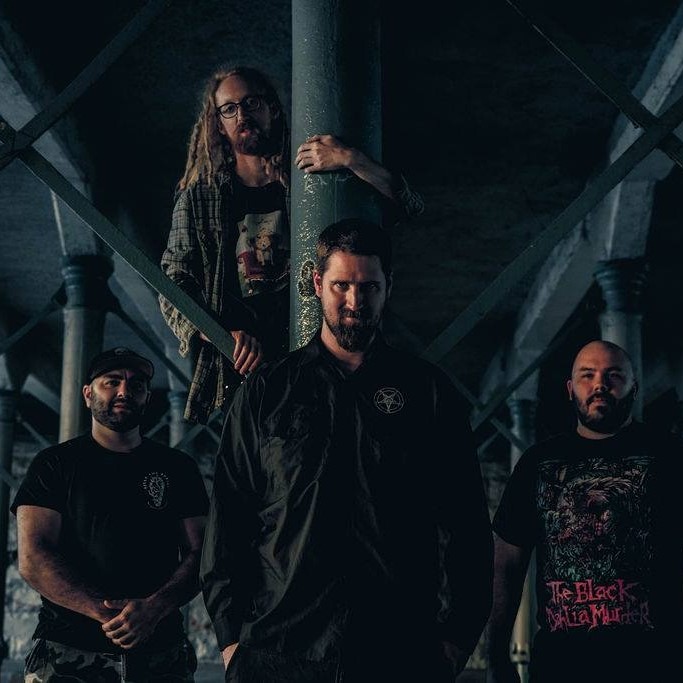 Hailing from Melbourne five-piece heavy metal outfit Armoured Earth have spent the last couple of years fitting all of the pieces of the jig-saw puzzle together. As it turned out one of those pieces was securing the services of former Frankenbok member Daniel White as a front-man. Now with all those pieces in order the guys are ready to unleash something special on the public – a brand new EP.

“It has been an interesting time, man,” says guitarist Chaise Egan when I begin to talk to him about everything the band has gone through to get to the point where they are able to release this new EP. “Over the last few years we have been pretty stagment… we have always struggled to get a full line-up together to be honest. Not because of lack of trying but it has just been pretty tough to be in Melbourne with so many bands and to try and attract half-decent musos. That is basically the reason for the distance in between drinks but we got Dan from Frakenbok on board about a year ago and it all just came together and we’ve been sitting on the EP for about a year now. I have to say we are pretty happy with it to.”

Finding the right members for a band is always a tricky thing to do and I ask Egan how he feels the best way to go about it is especially when you are in a crowded market like Melbourne. “There has always been three of us in the band now for about eight or nine years,” he says. “We’ve had a few bass players over the journey but when our singer left about four or five years ago that was what really tripped us up a little bit, that put everything on the backburner for awhile.”

“Then about a year or two ago I reached out to Dan because I played in Scarlet Circus with him,” he says continuing. “But he was playing in Frankenbok at the time and he was working full time so he really only had a limited about of time and energy so we had to try and navigate through that. But then he left Frankenbok and it all just sort of started to fall together about a year ago. But yeah we did everything before that, we advertised on social media or that sort of thing. I harassed all my muso mates around Melbourne to keep an ear out for us and that sort of thing… just the usual sort of things.”

With the line-up now in place Armoured Earth were ready to start song-writing and Egan admits that the band member’s vast love of music has certainly inspired the sound that people will hear on the Ep when they give it a listen. “There are a shitload of influences,” he says with a laugh. “Our other guitarist Brendan Scott and our bassist Julian Lewis they have amazing playlists – it would blow you away the kind of music that they listen to. But we all love the classic bands – Pantera, Sepultura and Metallica, that kind of thing. Then Dan is a big death metal fan. So I guess what we have done is just bundle up our top ten influences and then just thrown them into the blender – then we just see what comes out.”

The other major change the band has seen with Dan White coming into the band is to their lyric writing. “Dan writes about ninety percent of the lyrics,” says Egan as we discuss the EPs lyrical content. “It is funny though every time I ask him what a song is about he says ‘well read it.’ I think though that he normally does have a bit of a theme in mind – there will be something going on socially or whatever it might be, but I think he also likes to keep it a little bit open to interpretation and I kinda like that stuff but that is how the lyrics are born.”

To finish off Egan has a special message to all of the band’s fans for this weird time we are going through. “Stay safe everyone,” he says. “The EP will be released on all the usual streaming platforms on Friday, the CDs are a few weeks away because of the shipping hold ups with the whole Coronavirus mess but please stay safe, try to give it a spin on Friday, hit us up on social media and Spotify and we hope that you enjoy it… and we are always open to feedback.”

Armoured Earth’s new EP will be released on March 27th. 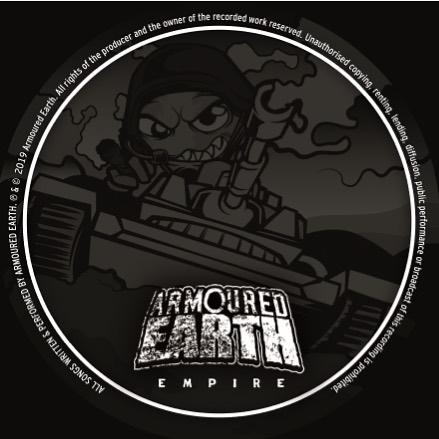