It has been a strange couple of months for Melbourne hard rock outfit Riff Raiders. First there was the success of the release of their double A-Side through Rue Morgue Records and then just as they were hitting the stage to promote the release of their brand new album Rock ‘n’ Roll Daydream the tour came to a grinding halt due to the Covid-19 pandemic.

But fans can still rejoice. Yes, they are stuck at home but they are able to enjoy what is one of the finest rock albums to be released this year in the form of Rock ‘n’ Roll Daydream. I recently had the opportunity to sit down and talk to front-woman Jenni Powell about the creation of the album.

“We changed our line-up about a year ago,” says Powell as we begin our discussion about the massive line-up change that the band went through while they were in the process of recording the album. “We well and truly into the recording process at that point and I think that was the alarm bell particularly for Marty (Powell – the band’s guitarist) who is the producer/songwriter. His visions for the songs just wasn’t coming to profusion with the tracks as they were being recorded so it was a really difficult situation because the guys we were playing with we loved dearly but in the end the songs had to be the winners which made the decision really hard.”

And while changing members was a really hard decision to make it also meant putting the creation of Rock ‘n’ Roll Daydream on ice as well. “That was a really hard decision to,” she admits. “We had to shelve everything and start everything again, particularly with the drums because they just weren’t sounding right. We did use one track on the album though with the original drummer, so he’s still on the album and been heard on the radio a few times recently. But it was a tough time because I am a people pleaser and maybe that is the role of a front-person because I want everybody to love me and I want everybody to be really happy, and I was always like ‘that sounds really good’ and ‘yeah that sounds awesome’ but Marty really knew and he was right… the songs are the best they can be now, so it was tough but fair decision in order to change that all up.”

The amazing thing about Rock ‘n’ Roll Daydream has an album is that it is an album full of infectious rock tracks with no filler so I asked Powell how Marty goes about his song-writing technique.”They really are all Marty’s babies,” says Powell honestly in reference to the tracks on the album. “He and I are partners in life and in music so he will show me ideas along the way and ask me ‘how does this sound?’ and ‘this doesn’t sound too much like this band or this other song, does it?’ and I’ll always answer honestly and be like ‘that sounds good’ or ‘yes that does sound a little bit like this or that.’ But really the process for him is to be locked away in his music room and then being inspired by things. It really is his process and it is really nothing much to do with us until he brings an almost fully-formed song to rehearsal.”

“That was even more so this time because they were all pretty much done,” says Powell continuing. “The writing process really didn’t involve the new line-up and we probably collaborated a little more on “Light” which is quite a personal song and even now I struggle to sing that song without getting a lump in my throat because it is something that is really dear to us because we are singing about our kids essentially. So yeah, the song-writing process is really just a lot of stuff that is in Marty’s head and there are things like “Stepping On A Cloud” which is very different to anything that we have ever done before because it has Marty on vocals, I do have an appearance on it though, and that track was inspired from when the band when skydiving together a year before when we played at a sky-diving festival so I always get that euphoria of what it was like to jump out of a plane together when I listen to it or am performing it. It’s been an interesting write.”

There is no doubt out Rock ‘n’ Roll Daydream is one interesting ride that you will want to listen to over and over so make sure you grab yourself a copy when the album is released next week. 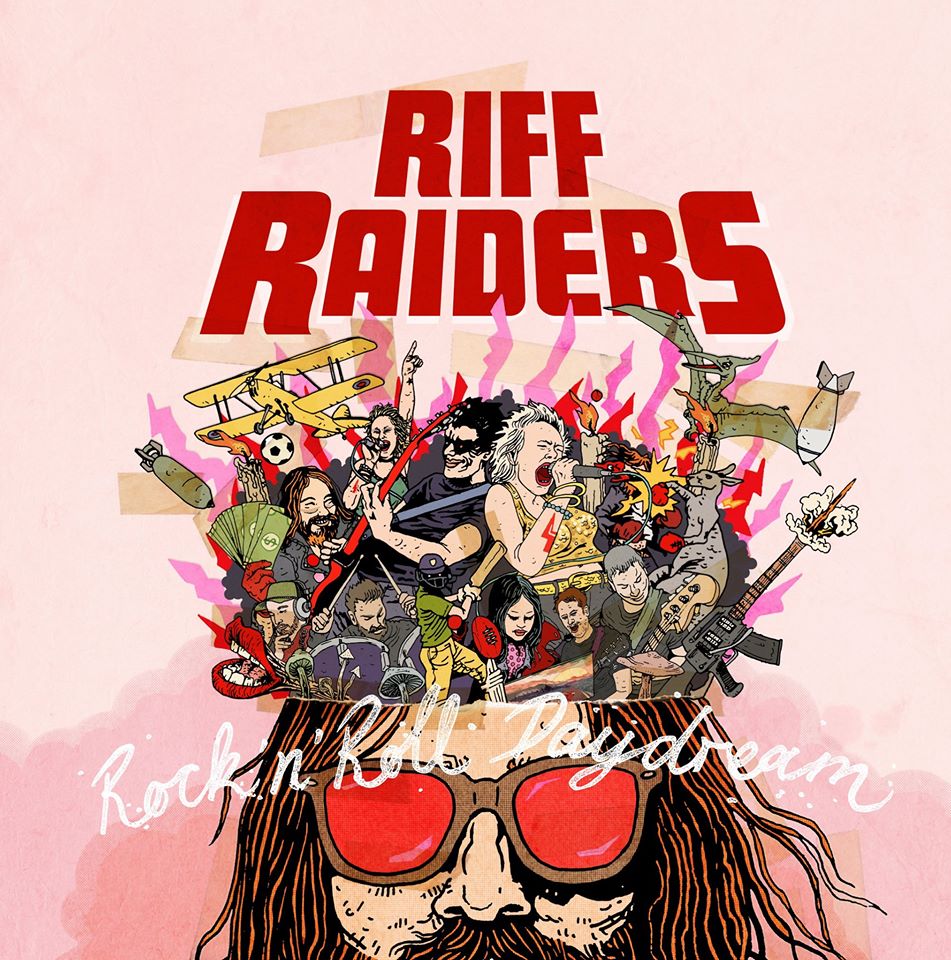