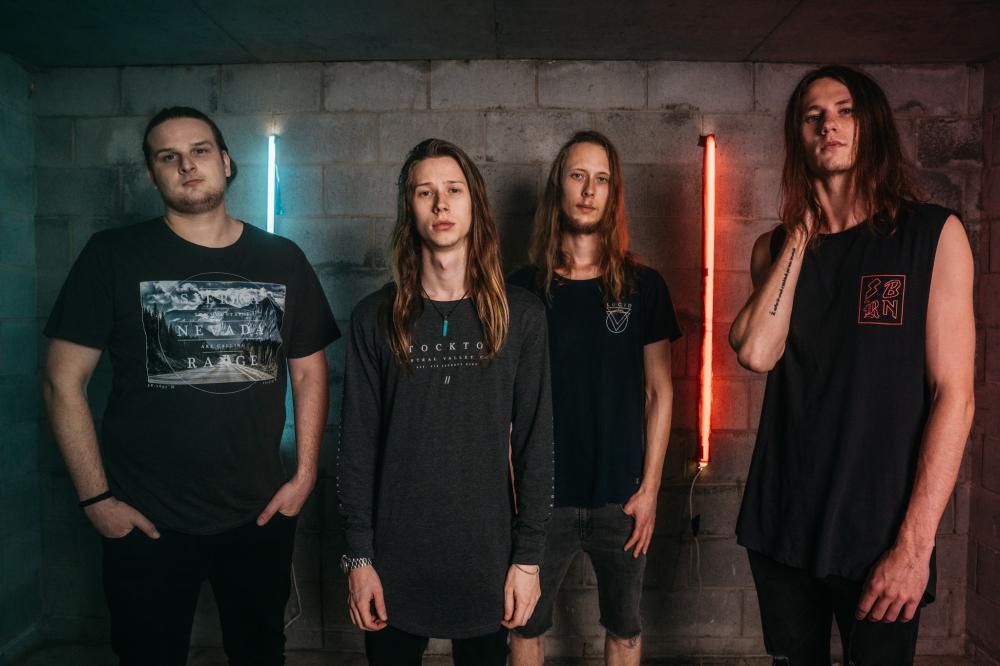 The Brisbane heavy music scene has shown over the past few years that it is loaded with talent and now another band is set to rock the foundations of the city as Among The Ruined have just dropped their brand new album Despite All Odds. Heralding a new generation of metalcore in Australia the album is just as inspiring as the title suggests and vocalist Paddy Creamer was only too happy to talk to me about the album.

“Basically we just wanted to take as big as a step into the industry that we could,” he explains as we talk about their killer debut. “We really wanted to put all the stuff together that we had been working on over the past couple of years and make it the best quality that we could so we could kick-start our career.”

The band was already on the radar of some Australian heavy music fans because of their previous single and Creamer says that helped the band out a little with what to expect this time around. “That was a real learning curve,” he admits. “I don’t think there was any pressure from that at least not from my perspective because I knew that we had already become better musicians and songwriters. We knew that the production quality was going to be better so I think we were just excited that we were going to be able to show people the step up that we had taken.”

One of the things that really stands out when you taken a listen to Despite All Odds are the heartfelt lyrics and that is something that Creamer says Among The Ruined had set out to achieve with their song-writing. “I think heartfelt is a pretty good term for what I try to do,” he says as he agrees with me about the nature of the lyrics. “That is what we try to do with our lyrics and all that and that is where we get our inspiration from. It comes from different places depending on the time really. It is really what I am feeling at the time or what I am going through and I just try to convey that through the most genuine way possible.”

“Our first single off this album – “Despite All Odds” – is all about pursuing a career in music,” he says continuing. “It is all about the passion and the drive as you try to make it happen and how you try to push through all the barriers that life puts in the way. But we also have other songs that are about society at the moment or they might be about my past personal relationships and all of those sort of things.”

As we talk more about the personal nature of some of the lyrics on the album Creamer says he gets a feeling from writing those kind of lyrics that you just can’t get from anywhere else. “I sometimes feel so more alive when I am writing a new song,” he admits. “Sometimes I will be tinkering with some ideas and then inspiration hits me and then I get into that zone, that passionate zone that just like has the ball rolling and the vibes just flowing with ideas. Then when you are just piecing a song together it is really hard to describe that feeling but it is just exiting and I guess it is just passion – it sounds like a cliché but it is true you know.”

Despite All Odds is out now.