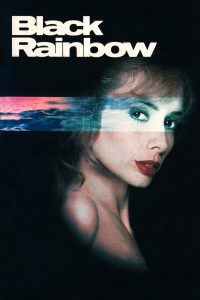 Summary: A medium witnesses a murder in a vision and then suddenly finds herself a target for the killer. 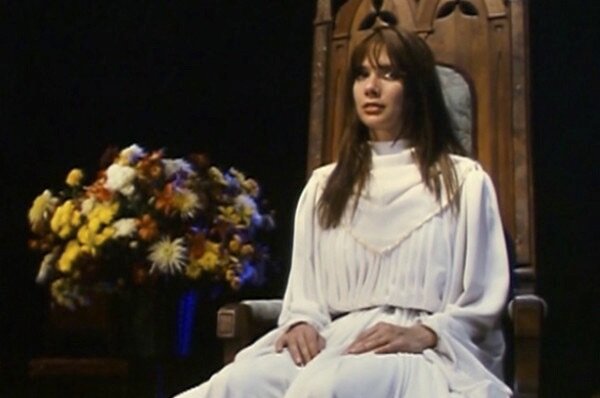 Black Rainbow is perhaps one of the most under-rated films in cinematic history. I’m not sure how it took me nearly forty years to discover this film – but somehow it did and for that I feel kind of guilty. While Get Carter and Flash Gordon are two of the most talked about films from director Mike Hodges but one viewing of his thriller Black Rainbow and you may be re-considering what is his best film.

The film centres around a young medium named Martha Travis (Rosanna Arquette – Pulp Fiction) who during a ‘show’ one night sees the future murder of a man whose wife is in the audience. When the murder does happen as Martha describes it a young investigative reporter, Gary Wallace (Tom Hulce – Amadeus) begins to investigate and while getting close to Martha learns that she knows the identity of the killer.

As he investigates the case he learns that Martha is under the control of her alcoholic and loud father, Walter (Jason Robards – All The President’s Men). The tension mounts as Gary’s editor doesn’t believe the Martha story, Martha’s visions get more intense and there is a killer on the loose that knows she needs to be silenced.

Where Black Rainbow works as a film is the way that it mixes genres so well. Mike Hodges’ screenplay allows the film to be part thriller and part super-natural horror, while the dialogue driven scenes bring a more dramatic style to the fore. Many films fail when they try to mix so many different genres together but here Hodges’ does it so well that as the film changes its tone it is absolutely seamless. Funnily enough it is so seamless that at times you forget that the whole medium side to the film takes it into the supernatural realm.

It is the script that makes Black Rainbow so special though. For young screenwriters this is the perfect screenplay to show how suspense and tension can life a film. As you watch the film you realise that each plot point raises the stakes for Martha and Gary all throughout the film but Hodges never signposts these points and they often come as a complete shock to the audience… the way a thriller should. Likewise Hodges never allows the supernatural element to become cringe-worthy or laughable, and instead they are some of the most intense parts of the movie.

That screenplay also allows for a brilliant acting performance from Rosanna Arquette. Arquette is brilliant in Black Rainbow and it is strange that her performance never garnished her more award wins than it did. Her performance shines as she drifts from a virginal saint in front of her father to a lingerie-clad seductress around Gary. Yes, just like the film itself Arquette’s performance is so under-rated it is not funny.

If you have never seen Black Rainbow then go out and see it right now. This is one of those brilliant under-rated films that every film lover should have seen but so few have. With an amazing screenplay and a stunning performance by Rosanna Arquette this should be on everybody’s watch list.