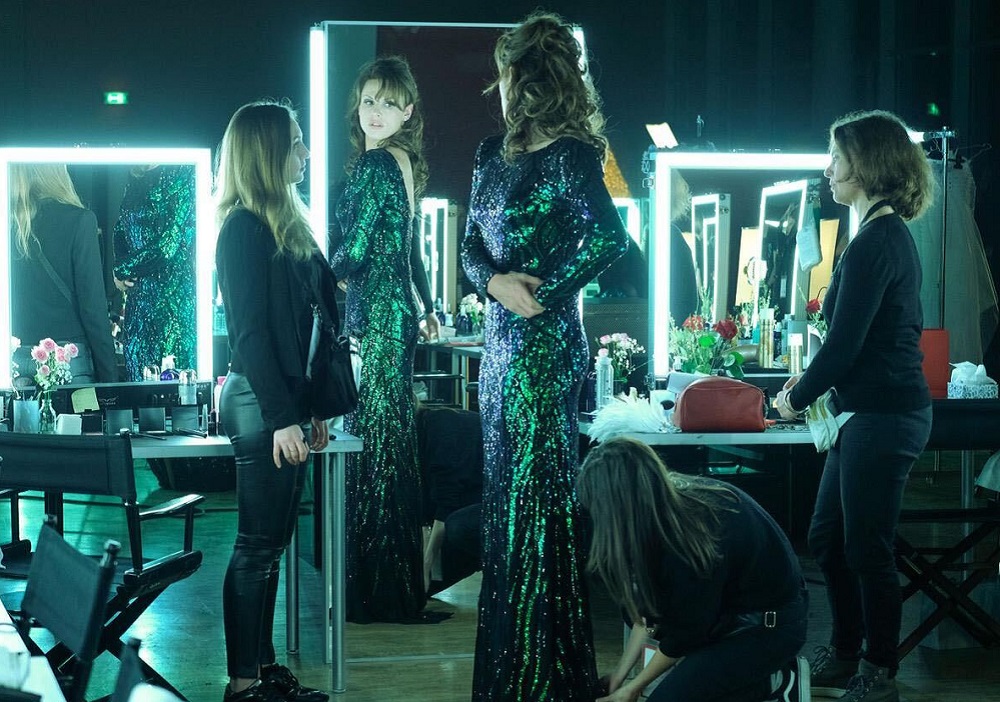 To be honest I wasn’t sure how I would go with this film. I don’t mind a film that tells somebody story while eradicating a social stigma but I often find that films set out to achieve that goal end up becoming preachy and are so focussed on the point that they are trying to make that they forget that they also try and need to make the film watchable for its audience.

Miss is an important film designed to take away the stigma about transgender women and to his credit filmmaker Ruben Alves (The Gilded Cage) does a brilliant job making the film not only a learning curve but also a brilliant film that never fails to entertain.

The film itself tells the story of Alex Dufresnoy (Alexandre Wetter – Kissing You) who wants to begin his transition into Alexandra and also win the coveted Miss France crown. While his landlord, Yolande (Isablle Nanty – Amelie), is supportive of the transition she is not supportive of the run at Miss France something that clearly hurts Alex who views Yolande as a second mother after he was left an orphan after a car accident.

Also willing to help Alex is neighbour and cross-dressing prostitute Lola (Thibault de Montalembert – The King) who helps Alex by introducing him to the stunning Marraine (Amanda Lear – Dance Challenge), who has many helpful tips about transitioning, but also warns Alex about the dangers associated with the lifestyle.

Alves’ key to making this film work is by making sure the film not only becomes preachy but by filling the film with characters that we care about. It would have to be a pretty heartless audience member that didn’t find themselves quickly warning to Alex and wanting to see them do well on their journey to becoming Alexandra.

The film’s screenplay also doesn’t glamorise the lifestyle or Hollywood-ise. As Alex starts on the journey to become Miss France we see the hatred shown towards them from the other contestants in the Miss France pageant and we see the dire warnings that are given by Lola about what being transgender can mean. So well written is that aspect of the screenplay that you can’t help but feel for Lola. While her heart is the right place and she obviously wants to help Alex you can see that during all the years that she has been doing it she would have been abused and assaulted so many times on the streets – the character has been written with a brutal realism that is often over-looked in films like this.

The fact that Alves and his co-screenwriter, Elodie Namer (The Tournament), show both the glamorous and welcoming side and the negative side to someone like Alex transitioning shows a really maturity as screen-writers and makes Miss a well-rounded film that has a real honesty about it.

Of course the other key to Miss working came down to the casting. With the wrong person playing Alex/Alexandra this film could have fallen apart completely. But instead the casting of Alexandre Wetter is a stroke of genius. They are so amazing in the role that you would have to say that if this was an American film they would be looking at an Oscar nomination. Wetter delivers the emotional lows that the film needs with such realism that any audience member might find themselves in tears and they have a good enough acting range to pull off anything asked of them in the film.

It would also be a dis-credit not to mention Thibault de Montalembert’s performance here as well, If Wetter was to get an Oscar nomination for their performance then it would be criminal if de Montalembert did not get a Supporting Role Oscar for their performance. He is truly brilliant as Lola and as mentioned earlier the role of Lola in this film is just as important as the role of Alex.Miss is a well-rounded drama that doesn’t glamorise what it is like for a transgender person to transition. Honest and true Miss is one of the films of 2021 that should not be missed, even for the performances of Wetter and de Montalembert alone.