Summary:
Nick Bannister, a private investigator of the mind, navigates the alluring world of the past when his life is changed by new client Mae. A simple case becomes an obsession after she disappears and he fights to learn the truth about her.r.

When Hugh Jackman hung up his Wolverine boots… um claws… he made the statement that one of the reasons for the decision was so that he could tackle very new and different roles. Of course one of his first performances outside of the Marvel universe was a return to his all-singing and all-dancing roots with his acclaimed performance in hit musical The Great Showman, and now Jackman heads into a whole new alternative sphere as he takes on the role of a noir Detective in Reminiscence.

Written and directed by Lisa Joy (TV’s Westworld) Reminiscence is set in a futuristic world where most of the world has flooded and a Great War occurred over the land that remains. Two veterans of that war are Nick Bannister (Jackman) and Emily ‘Watts’ Sanders (Thandie Newton – Mission: Impossible 2). Watts is in love with Nick, not that he notices that or that she would ever admit it, and together they run a business that allows people to use a technologically advanced tub that allows the subject and those watching to access their past memories.

During the war the device was used to interrogate prisoners but today it is used by people who want to remember a happier time from their life, however that doesn’t mean that Nick doesn’t sometimes use the tank to help out the Police.

However everything changes for Watts and Nick when the very beautiful Mae (Rebecca Ferguson – Doctor Sleep) turns up one day and asks to use the tank to help find some lost keys. Upon witnessing her memories, which include watching her perform as a cabaret singer, Nick becomes captivated by Mae, something that Watts is instantly alarmed by.

Things then take another turn after Nick completely falls in love with Mae but then has her mysteriously disappear. As Watts warns him digging into Mae’s past may uncover some things and an underground world that he doesn’t want to be part of.

There is very little doubt that as a filmmaker Lisa Joy has been completely influenced by the Detective noir genre. As you watch Reminiscence you can see Hugh Jackman channelling the likes of Humphrey Bogart throughout his performance and to Joy’s credit she is a smart enough director to make the illusion work without ever becoming a parody.

At time in the film Rebecca Ferguson takes on the class of Marilyn Monroe and the persona of Jessica from Who Framed Roger Rabbit and it is that style of acting that suits the noir kind of world that Joy has created. To her credit though Joy goes one step further than that and instead of just setting the film back in the 1960s she instead creates a futuristic world that at times lends itself to the scenes at hand and never dominates the occurrences happening in the film.

Jackman’s acting style also lends itself to the noir/war genre blend that Joy has created. He walks the walk of a noir style Detective but at the same time has a Civil War veteran feeling around him that comes to the fore in the scenes when he is meeting with people from Mae’s past.

Joy alongside her cinematographer Paul Cameron (Gone In 60 Seconds) has created a steam-punk futuristic world that looks amazing up on the screen. The art design of the film is amazing and the fact that Joy and Cameron use little things to enhance the world it is set in makes for an absolute visual feast for the audience. As a viewer it is almost welcoming to be watching a film where the director/screenwriter doesn’t need over-the-top special effects to move the story along. Some of the most memorable moments of this film is seeing characters like Nick, Watts or Mae walking past post-war water towers and having them just in the background without Joy or Cameron feeling like that needs to be the focal point of the scene. It takes a very special filmmaker to realise something like that in what is their feature film directional debut.

At times Reminiscence is a strange film. This is more the kind of film that will be loved by people that have enjoyed films like Blade Runner in the past rather than someone who is going to enjoy the latest Marvel blockbuster and it is certainly a must see for anyone fascinated by noir steam-punk worlds.

Nick Bannister (Jackman), a private investigator of the mind, navigates the darkly alluring world of the past by helping his clients access lost memories. Living on the fringes of the sunken Miami coast, his life is forever changed when he takes on a new client, Mae (Ferguson). A simple matter of lost and found becomes a dangerous obsession. As Bannister fights to find the truth about Mae’s disappearance, he uncovers a violent conspiracy, and must ultimately answer the question: how far would you go to hold on to the ones you love? 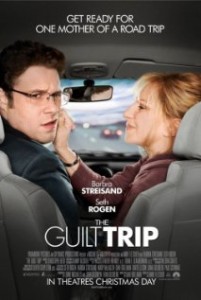 Summary: As inventor Andy Brewster is about to embark on the road trip of a lifetime, a quick stop at his mom’s house turns into an unexpected cross-country voyage with her along for the ride.