The 13th AICE Israeli Film Festival begins screening from September 14 at Melbourne’s Cinema Nova and from September 15 at Sydney’s Ritz Theatre. The opening night film is Firebirds. This year the festival has undergone some small changes. Greg spoke to festival director Richard Moore to find out more about the Israeli Film Festival Competition and the films screening. 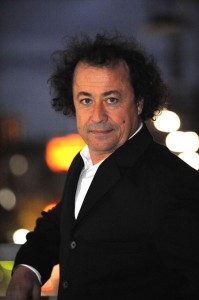 David Griffiths, Greg King and Nick Garderner this week spoke to Richard Moore who is the Festival Director of the Bayside Film Festival, to have a listen to their interview check out Part 1 of The Good The Bad The Ugly Film Show Ep 46

The Good The Bad The Ugly Film Show Episode 46

This week on the show Dave, Nick, Adam and Greg take a look at new release films ‘Upstream Colour’, ‘Sharknado’, ‘VHS 2’, ‘The Mortal Instruments: City Of Bones’  and ‘Kick-Ass 2’ . This episode also features interviews with the Lily Collins, Chloe Grace Moretz, Aaron Taylor-Johnson while the Richard Moore stops by to talk about the Bayside Film Festival. The boys also take a look at the best and worst child actors.

And if you entered our ‘You’re Next‘ competition make sure you take a listen to see if you won the tickets courtesy of Icon Entertainment. 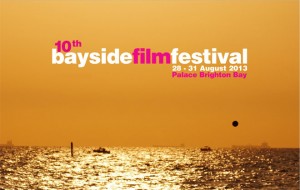 Under the dynamic guidance of new Artistic Director, Richard Moore, who helmed the Melbourne International Film Festival from 2007 to 2010, the 2013 season boasts a greatly expanded programme incorporating Q&A with filmmaker David Brooks, live performance,  and premiere screenings that have been designed to give audiences of all ages both a local and international film experience. And with single session ticket prices set at just $10 and $12, it also provides some of the best entertainment value in town!

The Festival will launch with the world premiere of AN ICE BERGER WITH THE LOT–FROM BURY TO BRIGHTON, an inherently Bayside story featuring maverick personality and Brighton Iceberger, David Brooks, as he explores the joys and politics of cold water swimming—armed with nothing more than a bathing cap and a pair of speedos-­ from the Iceberger’s base at Middle Brighton Baths.

Closing night will see the Australian premiere of the French drama, ON MY WAY (screening courtesy of Umbrella Entertainment), starring screen legend, Catherine Deneuve,  as a former beauty queen who embarks on a roadtrip in the aftermath of an unhappy love affair.

Between these two diverse cinematic ‘bookends’ resides the most exciting selection of films to ever screen at the Festival including three Australian and four Victorian premieres—all of which you get to see first in Bayside! Highlights are:

THE BEST OF THE BRITS:DAMIEN HIRST AND TRACEY EMIN (Australian Premiere)

Renowned arts commentator Tim Marlow spends time with celebrated artist Damien Hirst at a major 2012 retrospective of his work staged at London’s Tate Modern, followed by an intimate chat with the colourful Tracey Emin at her 2012 exhibition at London’s Hayward Gallery.

A joyous celebration of the animist roots of Estonian culture revealed primarily through folk—song and dance. Features interviews and musical performances of ancient song cycles by Estonian youth.

Over 50 years ago Marcel and Catherine Cellier travelled for the first time behind the Iron Curtain, where they collected the best music in Eastern Europe. This film traces the Celliers’ footsteps in Eastern Europe as they reunite with some of the world’s musical treasures.

With appearances by David Lynch, Wim Wenders, Sam Shepherd and Debbie Harry, this is a gentle, yet insightful portrait of Harry Dean Stanton, the iconic actor, singer and songwriter.

HEAVEN’S GATE – DIRECTOR’S CUT (Victorian Premiere)
Specially restored and digitally remastered Director’s Cut of the controversial epic that was universally maligned by critics and brought about the demise of United Artists studios. But three decades since, many regard Michael Cimino’s film as a groundbreaking masterpiece. Judge for yourself.

Tom has Fragile X Syndrome, an all too common form of inherited learning disability. He is also a massive fan of Lars Ulrich from Metallica. Aided by his brother and sister, Tom sets on a Mission to Lars, determined to meet his hero. (Screening courtesy of Curious Film).

Also returning in 2013 is the Festival’s much-­loved Youth Documentary & Digital Stories Program, which screens short documentaries and digital stories created for the Festival by local secondary students, and Jump Cut, which presents short films from young local and international filmmakers.
Acknowledged as the ‘heart’ of the Festival, these two inspiring programmes will be celebrated via the Festival’s Award Ceremony, to be hosted by comedian Justin Hamilton. And in the spirit of our opening night film, A ICEBERGER WITH THE LOT–FROM BURY TO BRIGHTON, the Festival will also host a Pitching Competition designed to find another great local story about the Bayside community and its characters, with a prize of $1,000 to help get aspiring filmmakers on their way!

For ticket and programme details, visit the Festival website at www.2013.baysidefilmfestival.com.au