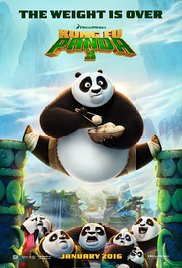 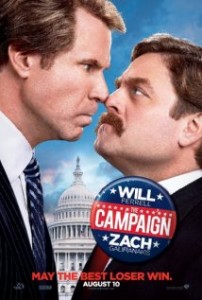 Summary:When long-term congressman Cam Brady commits a major public gaffe before an upcoming election, a pair of ultra-wealthy CEOs plot to put up a rival candidate and gain influence over their North Carolina district. Their man: naive Marty Huggins, director of the local Tourism Center. At first, Marty appears to be the unlikeliest possible choice, but with the help of his new benefactors support, a cutthroat campaign manager and his family s political connections, he soon becomes a contender who gives the charismatic Cam plenty to worry about. As Election Day closes in, the two are locked in a dead heat, with insults quickly escalating to injury until all they care about is burying each other. Because even when you think campaign ethics have hit rock bottom, there s room to dig a whole lot deeper.

American comedy has hit a purple patch at the moment. With the releases of brilliant films such as Bernie and Ted already this year it’s like everybody is just waiting for the bubble to burst and next bad comedy to be released (aside – when is Adam Sandler releasing his next film???), but luckily for everyone it doesn’t arrive in the form of The Campaign. Yet again it’s time to line up at the cinemas for another American comedy that is guaranteed to make you laugh.

While Brady is in it for the fame and fortune, Marty actually wants to get elected in order to help out the people he is representing. Soon both Cam and Marty are involved in a dirty tricks campaign, spurred on by their right hand men Mitch (Jason Sudeikis – TV’S Eastbound & Down, The Cleveland Show) and Tim Wattley (Dylan McDermott Nobody Walks, TV’S American Horror Story). Also lurking in the background are corrupt businessmen Glenn (John Lithgow – New Year’s Eve, Rise Of The Planet Of The Apes) and Wade Motch (Dan Aykroyd – TV’S Happily Divorced & The Defenders).

Director, Jay Roach (Dinner For Schmucks, Meet The Fockers) does an amazing job with this film. He skims quickly over the jokes that bomb and lingers just long enough on the ones that work. There are literally scenes in this film, for those who have seen it think of Cam trying to recite The Lord’s Prayer, that seem to keep going and going but they work amazingly well and have you laughing throughout.

The screenwriters also do an amazing job, not only for delivering some zinging jokes but also remembering that even comedy films need characterization. Both Cam and Marty are well established (and likable), and even the minor characters are explored enough to make them work. But the big job that the screenwriters pull off is the fact that they deliver a powerful message about big business leading to political corruption but still make the film funny.

The clear standouts here are the leading men. This is one of the times when Will Ferrell is at the top of his game, he has a good script to work with and relishes it. Alongside him we also see Zach Galifianakis once again showing why he deserves to be called as Hollywood’s best current comedic actor. Together in The Campaign these two are an absolute riot.

The Campaign is guaranteed to make you laugh. Sometimes it reaches for the crass comedy gutter, but at the end of the day it’s an intelligent comedy that works well.

Other Subculture Media Reviews of ‘The Campaign’: http://www.helium.com/items/2357477-movie-reviews-the-campaign-2012