Also make sure you are listening this week as the boys announce a very special partnership that The Good The Bad The Ugly Film Show has started with DC Comics and Warner Home Video. We kick off this brand new partnership by giving you the chance to win a copy of Gotham Season 1 on DVD or Blu-Ray. 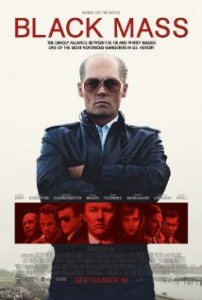 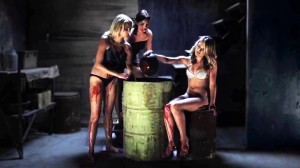 Subculture Entertainment’s Dave Griffiths chats to filmmaker James Cullen Bressack about his brand new film Pernicious. The pair talk about where the idea for the film came from, what it was like to film in Thailand and about James’ incredible love for cinema.

For those who have eagerly been anticipating the release of Pernicious in Australia, the film is out on DVD and VOD in October.

You can listen to or download our Pernicious – James Cullen Bressack interview right here. 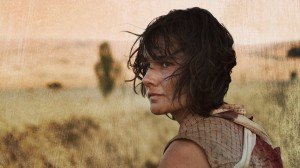 Last year Subculture Entertainment’s Dave Griffiths fell in love with an Australian film called Plague – so much so that he said it was one of the films of the year. So now Subculture heard that the film was about to get a release on DVD we decided to let Dave brave the undead and chat to the filmmakers behind the film – Nick Kozakis and Kosta Ouzas.

You can listen to or download our Plague – Nick Kozakis and Kosta Ouzas interview right here. 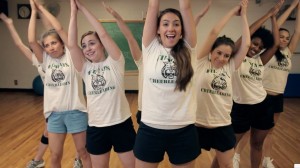 Subculture Entertainment’s Dave Griffiths caught up with Linnea Sage, the star of Wildcats, to talk about the show’s cult following and the fact that she has just been nominated for a Best Actress Award at the Raindance Awards.

Here is our Linnea Sage interview:

First of all Linnea thank you so much for agreeing to do this interview and congratulations for you nomination in the Raindance Awards.

Linnea, could you start off by telling us how you became involved with Wildcats and what have been the highlights of working on the series for you so far?

About three years ago, Rachel Puchkoff (the writer and director) was casting the first iteration of WILDCATS, which was a short film. The main character, Allison, was based on herself, so it really helped that we look alike. She had also gotten a great recommendation for me from a mutual friend, whose film I had worked on the year before. After we shot the short for WILDCATS she started raising money to shoot the series. Two years later, when she was ready, every single cast member was so dedicated to the project, that we all came back to shoot the series.

The entire project has really been a highlight in and of itself. It’s been such a great experience working with such great people.

What were your thoughts when you first started reading the scripts for the series? What has it been like working with Rachel Puchkoff?

After auditioning, I met with Rachel to talk about accepting the role of Allison. I had read the whole script at that point and absolutely fell in the love with the character and the story. It’s such an important message and it was also so hysterical. She didn’t have to sell it to me at all. I had to convince her to trust me with making Allison as dynamic and true-to-life as she needed to be.

Working with Rachel is a blast, she is hardworking and hysterical, which is a perfect combo.

The show has developed a real cult following amongst its fans, was that a surprise for you and have you had any interesting interactions with any of those fans?

It was a great surprise. I knew WILDCATS was great, but like anything, you never know what’s going to be a hit. I had no expectations so I’ve just been thrilled to watch what’s happening with it. I’ve only had one person recognize me on the street so far, and it was pretty magical!

Tell us a little bit about your character Allison, how much of her do you see in yourself?

I can certainly relate to Allison, and I hope everyone can relate to Allison. She’s your typical high school teenager. She’s passionate about cheerleading and also has a really solid group of friends. Like any teenager, she’s figuring out what makes her different. Instead of suppressing those differences, she’s using them to stand up for herself and her team.

Were you anything like Allison when you were at school? Were you a cheerleader at your High School?

I actually was a cheerleader for a bit growing up. I was never competitive, but I could shake a pom pom.

You’re currently playing a character that is younger than you does that mean that you are constantly trying to find out how high schools are talking and what they are into etc? What are the positives and negatives for an actress playing someone younger than they are?

My sister is in high school right now, and something that I’ve realized is that the high school dynamic never really changes, regardless of all the technological advancements that have come through. High school teenagers in America seem to have been dealing with the same hormones and emotions and social anxieties for generations. The experiences my mother had seem to be the same ones I had and the same ones my sister is having.

What has been your favorite storyline that you have been involved with on Wildcats so far?

I absolutely love the dynamic between Allison and her best friend Cheese. They Skype from the bathroom, they help each other out, they’re outspoken. At the same time they’re both trying to figure out how to blend in and not be an outsider.

One of the big storylines around Allison is around her sexuality as an actress how do you prepare for that and how does it make you feel taking Allison on an important life journey like that?

You just have to be honest with yourself when you approach your character. No one can deny discovering their sexuality and being confused about it, no matter what sexuality that is. It’s weird developing feelings for another person and going through all of the other awkward changes that teens go through. Allison is going to be fine, in the end. She doesn’t know that yet, but I know that.

Is there anything you would like to see Allison do as the series goes on?

I just want to see more!

Linnea, you were recently nominated for a Raindance Award, how did that make you feel when you found out your were nominated and how nervous are you getting as the Award Ceremony draws closer?

It felt absolutely awesome to be recognized in that category. WILDCATS was nominated for five awards, which is more than any other project was nominated, so I’m really hoping that we score at least one of them. My favorite part about being nominated for Best Lead Actor, is that it is actually filled with talented women and men. Usually it’s Best Actor or Best Actress, but in this particular festival we are not separated by gender, and I find that to be completely incredible.

Just before we go Linnea is there anything you would like to say to your fans out there and are there any other projects that you are involved in at the moment that you would love for people to look out for?

It’s wonderful to have the support that I have and that includes any fan support there might be. You can keep up to date on all my projects at Linnea.NYC, @LinneaSage, and you can watch WILDCATS at catsgoingwild.com!

Linnea thank you so much for your time. 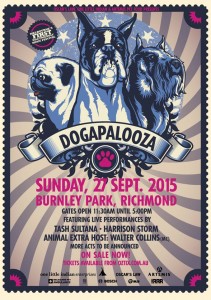 To celebrate the fact that Monique Brumby has now been added to the line-up at the first Dogapalooza to be held in Melbourne Subculture Entertainment’s Dave Griffiths caught up with Monique to talk about music… and well dogs.

You can listen to or download our Monique Brumby interview right here. 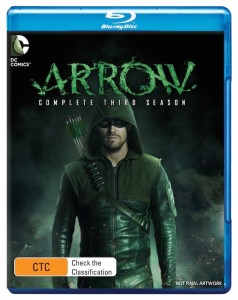 Thanks to DC and Warner The Good The Bad The Ugly Film Show has copies of Arrow Season 3 to giveaway. Two lucky winners will recieve a copy of Arrow Season 3 which is released on home DVD and Blu-Ray on the 23rd September, 2015.

For you chance to win a copy of Arrow Season 3 thank to DC and Warner simply listen to The Good The Bad The Ugly Film Show Ep #46 and answer the simple question that the boys ask on either our Facebook page or on our Twitter account.

Make sure you enter our Arrow Season 3 giveaway for you chance to win.