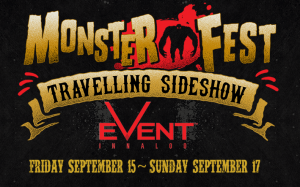 Monster Pictures’ Grant Hardie chatted to Heavy Radio’s Dave Griffiths about what the people of Perth can expect this weekend at Monster Fest Perth 2017.

Perth genre fans will get a taste of Monster Pictures’ annual Melbourne-based genre film festival Monster Fest this July thanks to the continued partnership with Event Cinemas to present MONSTER FEST TRAVELLING SIDESHOW at Event Cinemas Innaloo on September 15-17th, 2017.

MONSTER FEST TRAVELLING SIDESHOW is a mix of horror-centric highlights around the globe and will feature some select Australian and Adelaide premieres!

Opening our festival is the Perth premiere of Tyler MacIntyre’s brutally hilarious slasher TRAGEDY GIRLS, followed by the Australian Premiere of surreal sci-retro-tech horror SEQUENCE BREAK and the claustrophobic Spanish suspense-driven thriller THE GLASS COFFIN will also have its Australian Premiere. Following their acclaimed Lovecraftian feature SPRING, writer/directors Aaron Moorhead & Justin Benson’s THE ENDLESS will have its Perth Premiere, making its Australian Premiere is Colin Minihan’s zombie apocalypse game-changer IT STAINS THE SAND RED while Italian horror maestro Dario Argento’s 1977 masterpiece SUSPIRIA will celebrate its 40th anniversary with a presentation of the all-new stunning 4K restoration.

Another 4K restoration making its Perth debut is David Lynch’s TWIN PEAKS: FIRE WALK WITH ME, a window into the last seven days in the life of Laura Palmer. Australian mockumentary and recent Fantastic Fest official selection, TOP KNOT DETECTIVE will have a hometown screening along with a filmmaker Q&A. In association with Umbrella Films, we are proud to present tribute screenings to George A. Romero with the undisputed 1985 classic DAY OF THE DEAD and Tobe Hooper with THE TEXAS CHAIN SAW MASSACRE.

Make sure you grab your tickets from www.monsterfest.com.au 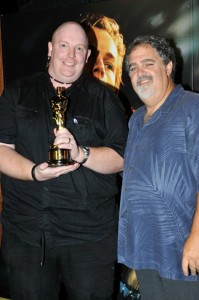 Currently David Griffiths features on 23 episodes of The Popcorn Conspiracy

Currently David Griffiths features on 1 episode of SUBCULTURE: THE PODCAST