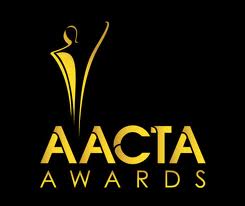 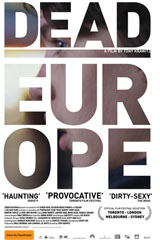 Summary: Following the death of his father in suburban Sydney, Isaac (Ewan Leslie) takes the ashes back to his father’s birthplace in Greece where he finds himself on the trail of a buried family secret.

At first he dismisses the revelation as superstitious nonsense, but over the course of his travels – from Greece to Paris to Budapest – Isaac is forced to confront the anti-Semitism of the past, the embedded bigotry in the bones of Europe and the nature of inherited guilt. It is on this fateful trip that Isaac will learn the truth of his family’s migration to Australia, their refusal to ever return to Greece, and the burden he continues to bear as a consequence of acts committed years before his birth.

Dave Griffiths’s ‘Dead Europe’ Review: Sometimes experimental cinema in Australia works. Directors such as Jim Stamatakos and Bill Mousoulis have created some wonderful films in the genre over the years, but then along came Hail, a film that showed only too well what happens when experimental cinema goes wrong. Well fans of Aussie experimental cinema rejoice because the genre is again back on track with Dead Europe a great little film that has the audience’s attention from start to finish.

Based on a novel by Christos Tsiolkas it tells the story of Isaac (Ewen Leslie – Suspended, TV’S Devil’s Dust) a Greek Australian who despite the warnings of his mother decides to visit Europe for the first time after the death of his father, Vassily (William Zappa – Redd Inc., TV’S Devil’s Dust).

Once in Greece Isaac travels with his cousin Giulia (Danae Skiadi – The Boy And The Tree, TV’S 4) and her friend, Andreas (Thanos Samaras – Tied Red Thread, Homeland). Everywhere they go they hear about the supposed curse that is supposedly on Isaac’s family because of Vassily. Soon Isaac finds himself unable to contact his brother Nico (Marton Csokas – Dream House, Abraham Lincoln: Vampire Hunter) and realizes he is being haunted by Josef (Kodi Smit-McPhee – ParaNorman, Let Me In).

What works wonderfully well with Dead Europe is the fact that the audience is given no insight into what is actually happening, and as a result you are just as in the dark as Isaac is. You find yourself desparately trying to work out whether or not the ‘curse’ is real and you will really rack your brain to try and figure out what the whole storyline around Josef is all about. What makes Dead Europe an even better watch is that Tony Krawitz also uses some creative shots and sequences to get the story up onto the screen.

Acting wise the entire cast are standouts. Ewen Leslie and Marton Csokas will be warranting some award nominations come award seasons while they are well supported by Danae Skiadi who really announces herself as an actor with a big future ahead of her. The other big surprise is Kodi Smit-McPhee, films such as Let Me In proved just how good this young actor could be, but with Dead Europe you feel that he takes another massive step forward in his career.

Dead Europe will have a few people scratching their heads but it is certainly well worth a look.