The teaser trailer for Mission Impossible: Dead Reckoning has just been released. 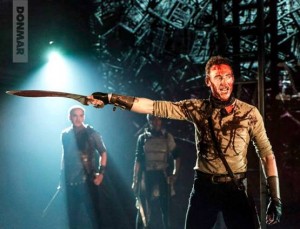 The Donmar Warehouse’s production of CORIOLANUS starring Tom Hiddleston in the title role, captured live in HD for National Theatre Live, screened to sold-out crowds at cinemas nationally over the weekend.

By huge popular demand, special encore screenings have been announced for the following cinemas:

When an old adversary threatens Rome, the city calls once more on her hero and defender: Coriolanus. But he has enemies at home too. Famine threatens the city, the citizens’ hunger swells to an appetite for change, and on returning from the field Coriolanus must confront the march of realpolitik and the voice of an angry people.