THECITYISOURS reveal the new track ‘Death Of Me’ which sees the band wearing their hearts on their sleeves to let people know that it’s ok not to be ok. The track is taken fromthe band’ssophomore album »COMA« set for release 22nd October 2021, via Arising Empire.

Speaking on their new single, guitarist/vocalist Mikey Page remarks “Death Of Me is an unapologetically honest account of going through a breakdown, as I battled mentally with the realisation that my life was changing and there was nothing that I could do to stop it. It’s one of the most personal tracks I have written as a lyricist but really felt like a story I had to tell to clear my head and give myself a chance to find a road to recovery.”  Reflecting on the writing process Page adds
“I’ll always look back on this song as the breakout moment for this album. It really feels like this paved the way for what would become ‘COMA’.”

»COMA« was recorded, engineered and mixed by long-time collaborator Oz Craggs (FEED THE RHINO, NECK DEEP, MALLORY KNOX) at Hidden Track Studios and mastered by Ermin Hamidovic (ARCHITECTS, PERIPHERY, NORTHLANE) at Systematic Productions.‘Following the departure of long-standing vocalist Sam Stolliday (full statement HERE), the band unexpectedly found themselves in unknown territory. 12 months on, they are back with the introduction of new vocalist Oli Duncanson and ready to welcome a brand new era of TCIO.

Oli recounts “I remember being shown some demos of some new songs prior to Sam’s departure and absolutely loving the direction and progression of the band’s sound… so as soon as Mikey told me about the opening in the band, I knew I had to take a chance!”Page adds “Oli has been a part of our team for a long time. He is a very well respected entity in his own right amongst the music scene. We’d seen snippets of his capabilities over the years, so when he registered an interest in becoming a part of CITY, we knew we had to explore…and we clicked instantly.”

THECITYISOURS is a 5-piece metal band from London who has quickly garnered attention and growing support for peers, industry and fans alike, with their high-octane live show and the success of their debut album. »LOW« (2019) smashed into the top 5 iTunes metal charts with several singles appearing in editorial playlists with the likes of Amazon, Deezer and Spotify (Including 2 covers on New Core and Metal UK) supporting the band.

2019 was a very busy year for TCIO, with appearances at a slew of UK festivals including Camden Rocks, Macmillan Fest, Burn It Down, Holloween, a fly in appearance at High Fives Festival in Sweden, a headline set in the Doghouse Tent at the revered Download Festival to a 4000+ audience of festival-goers, and a sold-out album release show at Boston Music Rooms in London. Be sure to keep an eye on THECITYISOURS in 2021.

A pioneer of the industrial scene Julian Beeston has recently turned his attention to his new project Featured. The idea was to deliver a little bit of girl power by bringing in the best female vocalists from around the world to record Julian’s lyrics after his as normal brilliant beats.

As Julian talks to Subculture’s Dave Griffiths he chats about the project itself, why he chose the artists he chose to work with and what it has been like writing music for soundtracks in LA.

Take a listen to the full interview below:

You can take a listen to the full interview here:

If you are a fan of Black Coast then the last month has been pretty exciting for you with the release of not one but two new singles – Paradise and Vodka Smile. The two singles are from the band’s forthcoming debut album that is due out later in 2021.

The band have used the last twelve months to do nothing but write, spurred on by the band’s recent signing to Blood Blast. To find out more about what to expect from the forthcoming album recently Subculture’s Dave Griffiths sat down and had a chat with frontman Charlie Hewitt.

[FILM NEWS] I’M NOT IN LOVE To Get Digital Release

Central City Media is excited to share the new poster and trailer for their new rom-com I’m Not In Love, which will be available to rent and buy on all major digital platforms from 12th April.  The film follows Rob (Al Weaver), in his late thirties, who needs to decide if he wants to have a baby with his girlfriend Marta (Cristina Catalina), but he’s worried that he’s fallen out of love with her. He asks his seemingly unhappily married friends for advice. They all tell him that he won’t be able to do better so he might as well marry her; over the course of two weeks his friend Chris (Morgan Watkins) tries to set him up on a date, he meets up with the woman he thought was the great love of his life, he tries to get to grips with the idea of “settling”, and attempts to resolve his issues. But when Rob eventually does propose to Marta, things don’t go exactly to plan.

Director, Col Spector on selecting a terrifically British cast: “With the script in place I set out to make the film using some of my favourite British character actors including the wonderful Al Weaver (Colette, Peterloo) in the lead role (who I’d made two films with before and was the inspiration when writing the script); Cristina Catalina (who made me cry when I first auditioned her); Tessa Peake-Jones (most famously Raquel in Only Fools and Horses and who has the most hilarious chemistry with Al Weaver), James Lance (who I’d desperately wanted to work with for years after seeing him in Sensitive Skin and The Book Group).John Henshaw (probably my favourite British character actor. Early Doors is the only British sitcom I know that can make you both laugh and cry), Rosalind Eleazar (brilliant in The Personal History of David Copperfield); Sinead Matthews (one of Mike Leigh’s go-to actors – for good reason); Sunil Patel (I don’t think he’s performed scripted drama before – but what a star); Gabrielle Creevy (stunning in the BBC’s In My Skin). I could go on.

There is no single way that London trio Urne describe their sound, it all comes back to one thing: heavy. There are shades of Metallica, Mastodon, Alice In Chains in there, hopping between sludge, tech-metal, doom, hardcore and anything else with a weighty heart.

On their debut full-length, ‘Serpent & Spirit’, this is writ large as the work of one of the finest new bands in the British metal underground. The New album can be pre-ordered/pre-saved at https://URNE.lnk.to/SerpentandSpirit. It will be released on Friday June 25 2021 through Candlestick/Spinefarm Records. New single ‘Desolate Heart’ and first track from the record, is out today, Friday March 5.

They’re starting from a good place. Formed by ex-Hang The Bastard bassist Joe Nally and guitarist Angus Neyra after their former band called it quits, the pair already had a reputation for big, heavy riffs. Getting drummer Richard Harris on board in 2018, they gilded their new outfit (Urne, as in funeral urn, but using the German spelling for no real reason other than it looks cool) with ‘The Mountain Of Gold’ EP. Produced by Sylosis/Architects guitarist Josh Middleton, it immediately marked Urne out as a formidable new metallic force.

Now, they return with ‘Serpent & Spirit’. Heavier, wider and with an even higher ratio of killer riffs than the EP,  it also comes with a weighty central concept based around the central character’s struggle as he’s pulled between good and evil, darkness and light.

“I had a bit of a bad patch for a few months,” explains Joe, revealing the inspiration for the album’s lyrics. “I’m absolutely fine now, but I drew on those two months where I just wasn’t feeling great. I took that and wrote a story based about that. The actual track-listing is done like that film Memento, where it’s all in a different order. Maybe one day someone will listen to the lyrics and work out which order the story goes in.”

“The album is called ‘Serpent & Spirit’. The spirit is the human experience, the serpent is the evil that tricks your mind. It’s about getting pulled apart and trying to find yourself within all of that. So it’s almost good and evil, and throughout the album it’s about a person getting pulled from the light to the dark.“

Due to COVID, the final parts of the album were written over Skype, before being recorded by Chris Fielding (Conan, Electric Wizard, Primordial) at Foel Studios in deepest Wales during lockdown. It was then sent to acclaimed producer Jens Bogren who handled the mastering of ‘Serpent & Spirit.

“We really wanted it to sound real,” says Joe. “There’s some records that sound really live and really raw, and some that sound polished and lifeless. We had ideas in our mind, but when we were in the studio, we finished the drums and realised we hadn’t even spoken about how we wanted everything to sound. But there’s a lot of sounds and vibes on the record – it would be too hard to go ‘I want it to sound like this one thing.’”

Indeed, the result is a slab of metal that sounds simultaneously both classic and modern, delivered with equal amounts of brains and fists. And whether it’s for the brute force, the staggering playing, or the cunning twists and turns that take a few listens to properly catch in full, the effect on the listener will be the same: you’ll be bowled over.

One listen to Urne and you’ll fully agree: mission accomplished. ‘Serpent & Spirit’ can be pre-ordered/pre-saved at https://URNE.lnk.to/SerpentandSpirit. It will be released on Friday June 25 2021 through Candlestick/Spinefarm Records. New single ‘Desolate Heart’ and first track from the record, is out today, Friday March 5.

Danny Bowes from Thunder stopped by Subculture this week to have a chat about the band’s brand new album All The Right Noises which is out next week.

UK alternative rock outfit Shape Of Water have just dropped their brand new EP – Locked Down On Mars so today we spoke to them on Subculture to see what fans can expect from it.

Steven Wilson dropped by this week to chat to Subculture about his awesome new album The Future Bites which will drop in January. 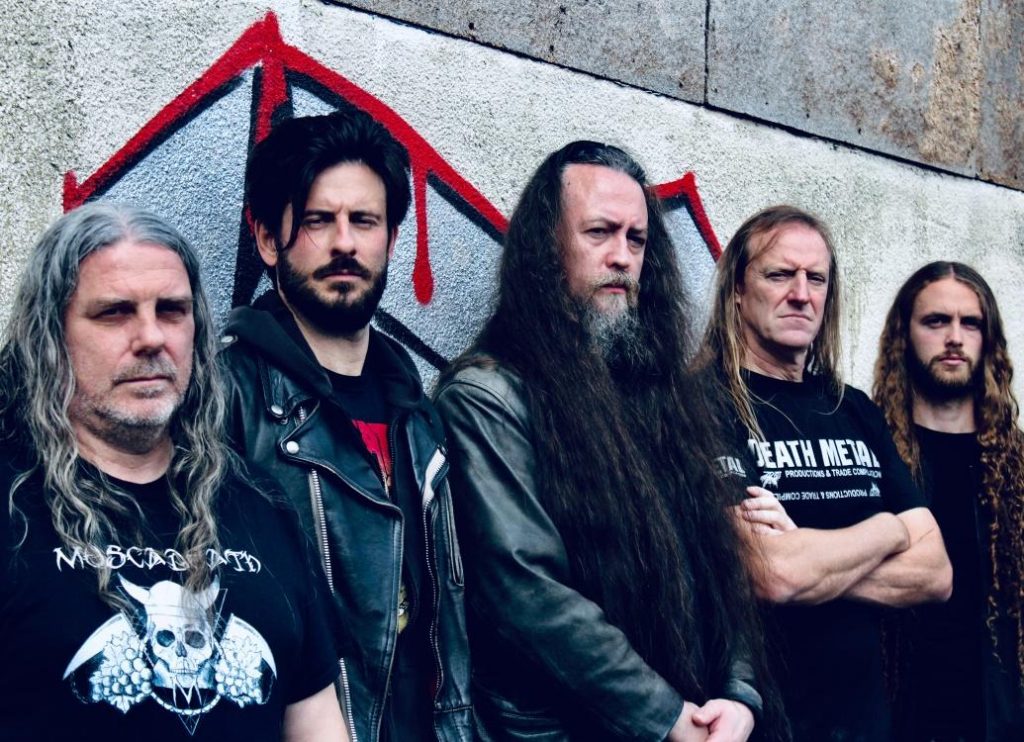 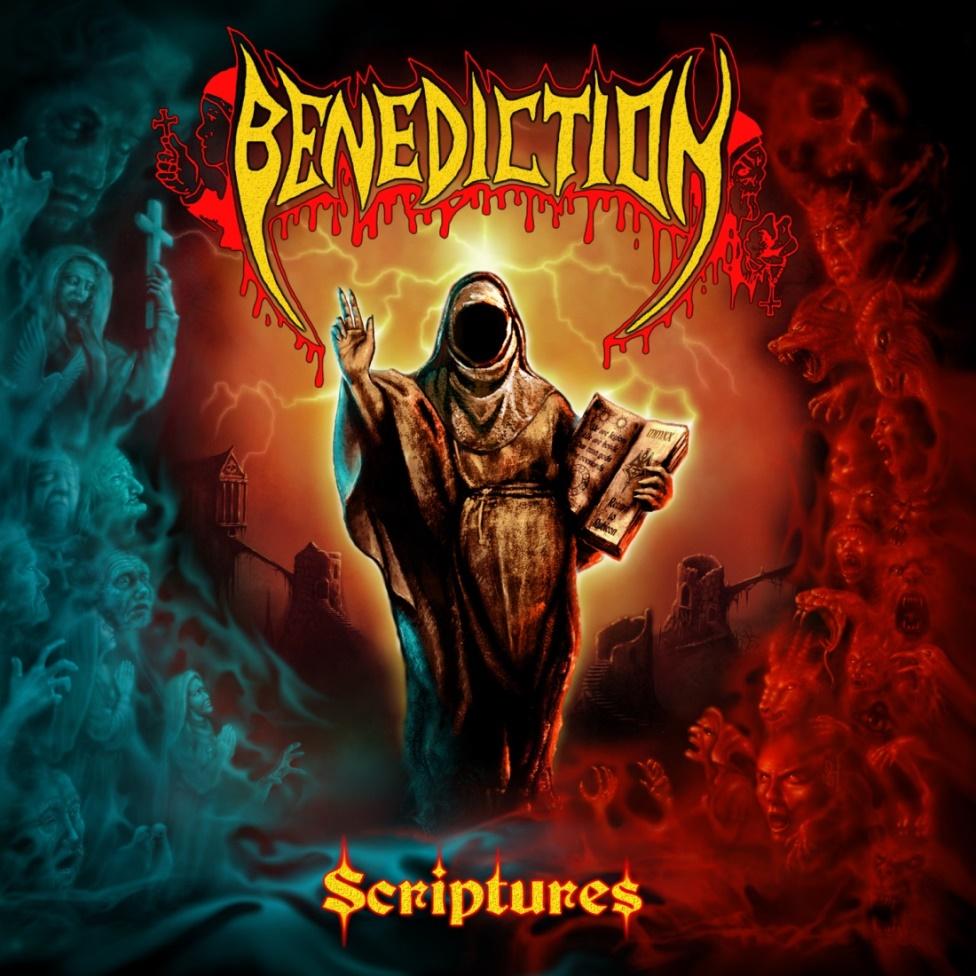