Interstellar Hits #1 At The Box Office

Interstellar has launched into the number one spot at the Australian box office, taking $4.176 million on its opening weekend.

With our time on Earth coming to an end, a team of explorers undertakes the most important mission in human history: travelling beyond this galaxy to discover whether mankind has a future among the stars.

Interstellar was released nationally on November 6 and is rated M 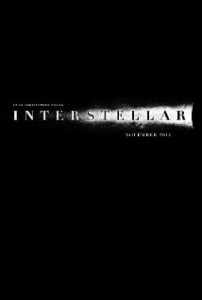 The teaser trailer for director Christopher Nolan’s new film “Interstellar” has been released. The film stars Matthew McConaughey, Jessica Chastain, Anne Hathaway, Topher Grace, Casey Affleck and Michael Caine. It is set for release on the 7th November, 2014. Check out the Interstellar teaser trailer below. 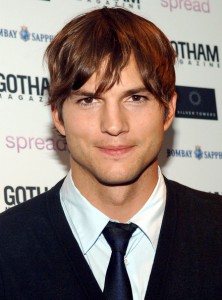 While he may have more than a few haters out there, it is not hard to see that Ashton Kutcher is the face of the new generation. Not only was he one of the stars of the hilarious “That 70s Show” but he was also the brains behind “Punk’d” which was a television show that surfaced at the beginning of the new wave of reality television shows. It literally was a show that changed the face of television.

Christopher Ashton Kutcher was born on the Feb 7, 1978, in Cedar Rapids, Iowa. His father, Larry M. Kutcher, was a factory worker and his mother, Diane, was an employee of Procter & Gamble. Kutcher didn’t always have a happy childhood. There was constant worry about his seriously ill twin brother, Ashton once contemplated suicide so that his brother could have a heart transplant, the fact that his parents divorced when he was just sixteen and he was arrested after breaking into his high school. This crime resulted in him being viewed in a negative light by his local community and he said it was that fact that made him “settle down.”

While studying at Clear Creek Amana High School, Kutcher found that he had a passion for school theater and was soon appearing in a number of plays. However, he put his interest in acting on hold after graduation and decided to attend the University of Iowa where he majored in Biochemical Engineering. He hoped by following that career he would find a cure for his brother. But Kutcher soon found that an academic lifestyle was not for him and, after a struggle to make ends meet, found himself entering modelling competitions.

After winning the “Fresh Faces of Iowa” competition, he moved to New York and signed with the Next modelling agency. Despite the fact he was soon working in Paris and Milan for Calvin Klein, he decided to relocate to Los Angeles and chase an acting career.

The beginning of Kutcher’s acting career would have most aspiring actors green with envy – the first job he landed was that of playing Michael Kelso in hit sitcom “That 70s Show” – it was the role that made him famous.

While his work on “That 70s Show” made him a household name, it also led to a number of film roles. After appearing in the trashy “Coming Soon,” he soon found himself appearing in more credible films including “Reindeer Games,” “Dude Where’s My Car?’ “Texas Rangers,” “Just Married,” “My Boss’s Daughter” and “Cheaper By The Dozen.” However, it was his starring role in the twisted “Butterfly Effect” that showed that Kutcher was now a force to be reckoned with at the box office.

After “That 70s Show” wrapped production, Kutcher tried his hand at serious films like “Bobby” and “The Guardian” before finding his niche in romantic comedies such as “What Happens In Vegas,” “No Strings Attached,” “Valentine’s Day” and “New Years Day.” His latest attempt at serious cinema has paid off though, with his Steve Jobs’ biopic “Jobs” garnishing great reviews from critics.

Kutcher has also recently made a successful return to the small screen after he controversially replaced Charlie Sheen in “Two And A Half Men.” Fans of the series took some time to get used to his Walden Schmidt character but it seems, at last, he has won them over.

The rise in popularity that Kutcher has experienced over the years has also seen him become a target of the paparazzi. There was a time that whenever Kutcher went out with his best mates, Danny Masterson, Wilmer Valderrama and Topher Grace, they were constantly hounded by the press. Today though, magazines are more interested in Kutcher’s dating life. His ten year relationship with the older, Demi Moore (they were married from the Nov. 17, 2011 until Dec. 21, 2012) was constantly on magazine front pages, and nowadays paparazzi members are always trying to get shots of him and his new girlfriend, actress Mila Kunis, who he has been friends with since they starred together in “That 70s Show.”

The Good The Bad The Ugly Film Show Episode 30

This week Adam, Dave, Greg and Nick take a look at new release films – ‘Drift’, ‘The Big Wedding’, ‘Camille Rewinds’ and ‘The Hunt’.  This episode also features interviews with the stars of ‘The Big Wedding’ – Topher Grace, Katherine Heigl and Susan Sarandon. We also talk to Sam Worthington about his new film ‘Drift’. Greg and Dave also take a look at some of the films that are screening at he 2013 German Film Festival, while all the boys nominate their best acting performances by Australian actors and actresses. 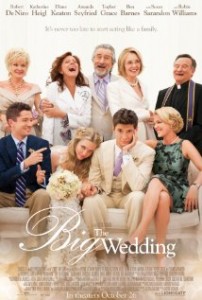